ALBUQUERQUE, N.M.- The Albuquerque Police Department is concerned about reports of guns being stolen from cars.

A spokesperson for APD said approximately 320 guns are reported stolen in Albuquerque each year.

"So that’s almost one per day in the city," said Gilbert Gallegos, spokesperson for APD.

Gallegos said almost half of the stolen guns are taken from cars. Last week, eight guns were stolen from cars in Albuquerque, according to a tweet from APD Chief Harold Medina.

"A lot of these guns are used in crimes, and we want to keep guns out of the hands of these criminals who are going to use them to hurt other people, so it makes sense that it’s contributing to some of the violent crime in Albuquerque," Gallegos said. 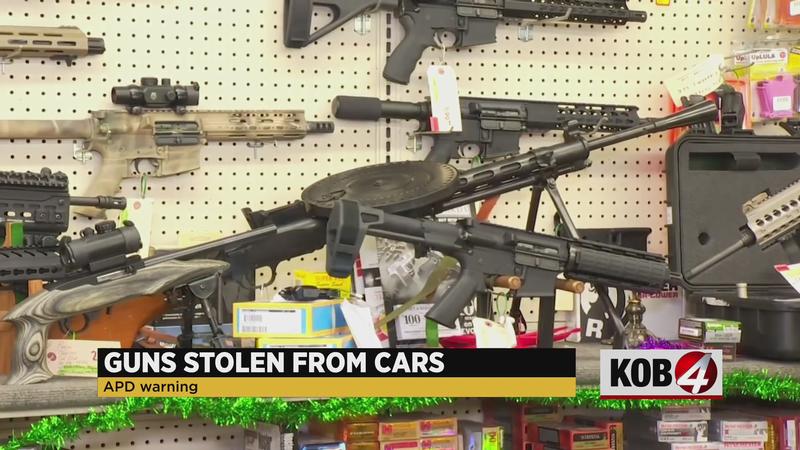 Nathaniel Neal was arrested for driving the stolen car where the guns were found.

Gallegos said 220,000 guns were bought in New Mexico since the start of the pandemic.

"So it only makes sense that thieves are going to target gun owners," he said. "They’re going to target homes and cars and wherever they could find them. So, we expect to see some sort of increase in stolen firearms, and we encourage people to take every step to secure their firearms."

In an effort to get guns off the street, APD is holding a gun buyback program at the crime lab Saturday. People can get up to $300 for turning in a gun, no questions asked.