"If you really look at it, ‘Officers shall not use chokeholds.’ We haven’t done it since 1984. It’s not a part of training that I know about,” Willoughby said.

APD already follows stricter use-of-force guidelines compared to other agencies. Still, Willoughby said the bill could be counterintuitive by taking away less than lethal tools while narrowing when deadly force can be used.

"This is all from, basically, all of the nightmare that Albuquerque is going through,” he said. “ Why would you want to do that to the rest of the state of New Mexico. It doesn’t work.”

Willoughby said it’s already tougher to be a cop in Albuquerque, and that some younger officers are leaving for other departments.

"This is why your cops feel lack of support,” he said.

Willoughby said six APD officers have left for other departments in the past two months, and 10 to 20 are applying to go elsewhere. He also said the bill would make officer recruitment more difficult statewide, and pointed to Albuquerque’s January homicide numbers.

Fourteen homicides occurred last month, which is the most to have happened in a month since April 2019.

"And if something like this should pass, we’re going to let the law enforcement community know, in a very abrupt fashion, that New Mexico is closed for law enforcement business. This isn’t where you come to be a successful cop,” Willoughby said. "And we might even open the avenues for our existing cops to go somewhere else.” 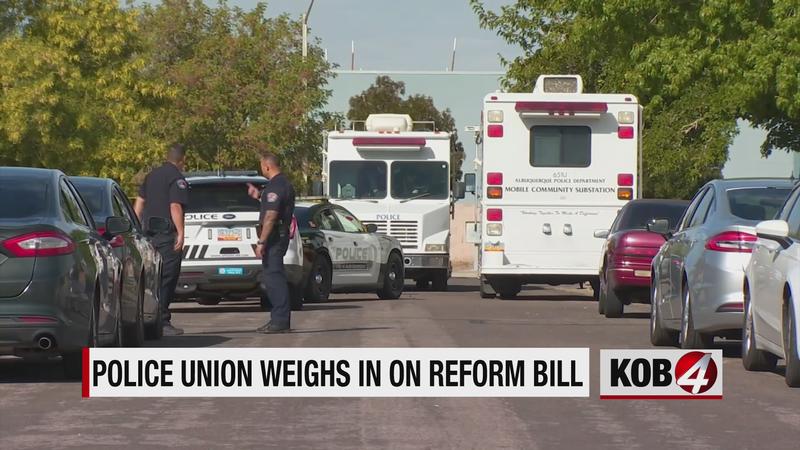