ALBUQUERQUE, N.M. — In just one week, two mass shootings have rocked the nation, causing renewed anxiety in communities. Places like the Duke City are no exception.

"I pray that as a chief of police, that is something that I will never have to experience in our city," said APD Chief Harold Medina. "It’s a reality of today, and that’s why it’s of the upmost importance that we as a community, we have these types of discussions that we set standards that we will not tolerate this type of behaviors."

Languit meets regularly with advocates and business owners within the Asian American. Last year, he became an ambassador.

"The Albuquerque Police Department is committed for any sub culture within our community. Wherever we can develop a strong relationship, and understand the issues or concerns, what strategies or what resources that we can use to ensure that they’re not going to be victimized—that’s the approach that we’re gonna take," Commander Languit said.

There was already heightened concern about incidents against Asian Americans because of the coronavirus. KOB 4 previously reported on at least two of those instances.

"We wanted to give them more information on how to help them from being a victim of a burglary or vandalism, so we had that material translated," explained Commander Languit.

This week, however, Languit added an active shooter pamphlet.

"It’s very disappointing to see that we’ve gotten to a point in society where we’re training our citizens to hide and how to survive these types of incidents," said Chief Medina.

APD says they’re being proactive about addressing concerns, and are trying to prevent gun violence by reaching out to people they think could become offenders.

"We have to be prepared as a community that we can identify and see trends or see behaviors that no one is afraid to speak up to and say I have a loved one who’s suffering, and I’m worried about what they’re going to do to the community," said Medina.

Medina knows is all comes back to building trust and communication within the communities they serve.

"What else can we do to ensure anyone that’s identified by drivers of violent crime, are we doing everything that we can to, to advocate for the victims and ensure that they’re not out there to repeat these horrific crimes?" explained Languit. 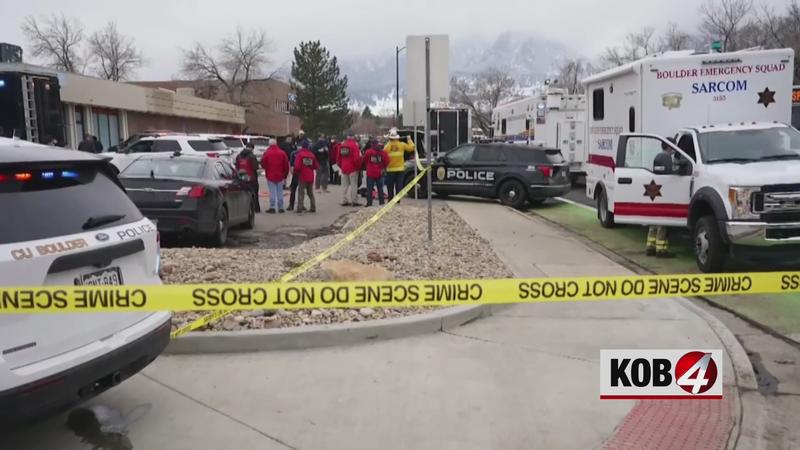