ALBUQUERQUE, N.M.- The Albuquerque Police Department released more information about two people who died while in custody in April.

Officers were called to a family fight on April 4. Police said the caller reported that her brother, 43-year-old Danny White, hit her dad in the head.

She also reportedly told the 911 operator that this was not the first time the White, who had Huntington’s disease, lashed out.

Video from an officer’s lapel camera shows officers talking to family members outside the house, and trying to speak with White, who told officers to shoot him.

He was eventually handcuffed. However, officers noticed White in distress, so they flipped him on his back and performed CPR. 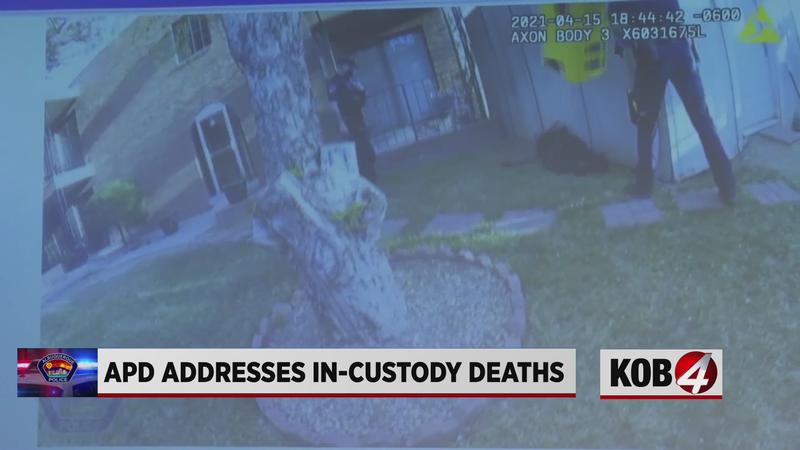 It was not successful, and White died at the scene.

"We’re just letting the public know and be aware that these incidents happened without making any conclusion at all," said APD deputy commander Kyle Hartsock. "That’s what the thorough investigations are for. And that’s why it’s two of them. One focuses on policies by one set of investigators. One focuses on prosecutors if there was criminal liability."

Another person died while in custody on April 15.

APD said they received a call from the girlfriend of Christopher Mora. She was concerned he was trying to kill himself.

When police arrived, APD said Mora had large cuts around his neck and body.

In the 911 call, Mora was unable to talk because of a cut to the throat.

Police asked Mora to drop his knife and he was tazed. Paramedics were on standby, but he eventually died.

APD has not released the cause of death in either case.

All officers are back on duty.