Cunningham reportedly stole the bait car near Central and Louisana – as a sergeant with the Auto Theft Unit watched a live feed of Cunningham inside the vehicle as he drove through the Northeast Heights.

As marked APD vehicles caught up to Cunningham, he looked back and began firing at APD officers.

"This is another one of those examples where our community deserves for us to work hard to ensure that it is protected and there are certain individuals who are out in the community and they’re endangering people every day," APD Police Chief Harold Medina said. 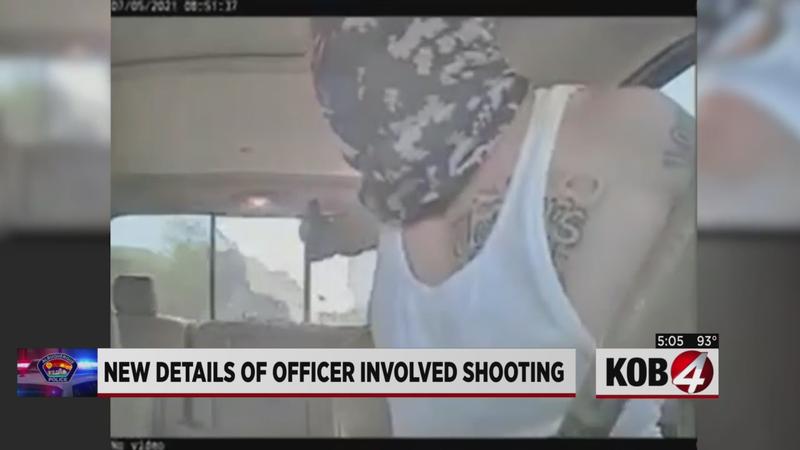 The first shot, fired by Cunningham, hit the windshield between the two officers. When officers returned fire, Cunningham was hit in the chin. He was later arrested after a foot chase.

Police said Cunningham had multiple felony warrants out for his arrest out of Santa Fe County.

"The bait car program has always been successful in helping us remove individuals stealing cars, and we know that everytime we arrest someone with a stolen car, they have a pile of felony warrants for a bunch of other things," Medina said.

The incident is still being investigated. The two officers involved have been with the department for a few years, and APD said those officers have not been involved in any other shootings during that time. They are already back on duty.