ALBUQUERQUE, N.M. — The Albuquerque Police Department has had to investigate 82 homicides so far this year, a record for the city. But how many of those cases have they solved?

Six homicide defendants appeared before local judges Wednesday – for a variety of reasons – in cases dating back to 2019.

Among them was 20-year-old Darrien Mells. He’s charged with shooting and killing a man pumping gas at an Albuquerque gas station on Aug. 17.

"Not only did he take a life that day, but there was other individuals around. This was at a gas station," a state procurer told a judge Wednesday in Mells’ hearing.

Even with all of these homicide suspects facing charges, APD said they still have their hands full. 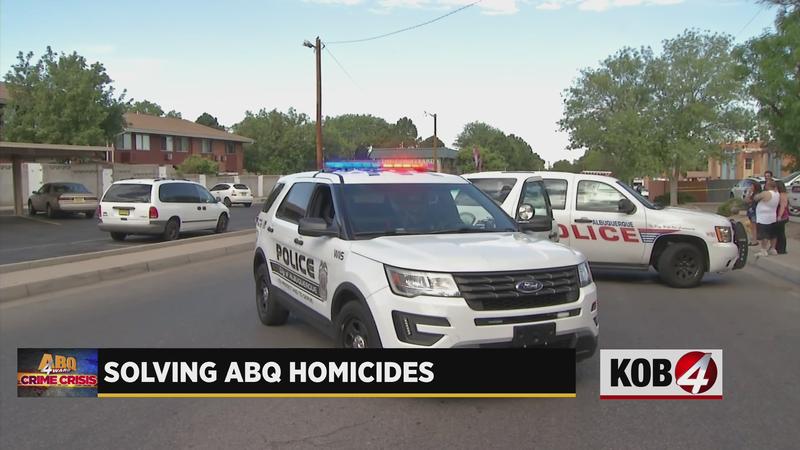 APD Chief Harold Medina has told KOB 4 the department is working to beef up staffing in the homicide unit, but it’s hard to keep up when they are short staffed.

Through that hiring, they are hoping to bring justice to other families, like Catherine Sanchez’s family.

The family held a vigil last weekend for Catherine, who was shot and killed in her own apartment last month. Her killer has not yet been arrested.

An APD spokesperson says they are looking into the 38% clearance rate to make sure it’s the most current. KOB 4 will let you know if that number changes.