APD searches for suspect in I-40 hit-and-run

ALBUQUERQUE, N.M. – The search continues for the person who hit a tow truck driver on I-40 then drove away, leaving the driver on the side of the interstate.

The owner of A Albuquerque Towing– Steven Stewart says Tom Avent has been working for him for the last 40 years—but his most recent call on Jan. 28 did not go as planned

“Normally he takes 45 minutes to pick up the car maybe an hour, but anyway I hadn’t heard and about 9:30 I think it was, and APD’s radio room called me to see if I had, if I was informed my driver was hit by a vehicle,” said Stewart.

Stewart immediately went to the scene of the crash, where paramedics explained how they found Avent.

“Tom was standing right here looking like that when the vehicle came and hit him and it knocked him through the air or maybe not, maybe dragged him to right about here on the ground. Right about here it must of drug him that far it must have because he got a lot of road rash,” Stewart said.

For the last week, Avent has been on a ventilator at UNM hospital—slowly recovering from his injuries

“They have him heavily sedated because of his injuries, all his ribs from 3 to number 9 are broken. Most in more than one place his pelvis is broken in two places, he has a knee problem a shoulder problem he broke his nose, his cheekbone and he is covered in head to toe in road rash,” said Stewart.

Only family members have been allowed to see Avent in the hospital so far.

“If I do get to talk to him, just wanna tell him how much he means to us and just thankful that he made it, its just unbelievable,” Stewart said.

On Saturday, APD released this picture of the truck that hit Avent — so far there have been no arrests made — but Stewart has a message for the driver of the truck

“If you have an accident and you hit somebody you should stop, that’s the law.”

APD says they are still looking for the truck that hit Avent last Friday. In the meantime, a GoFundMe page has been set up to help him and his family. 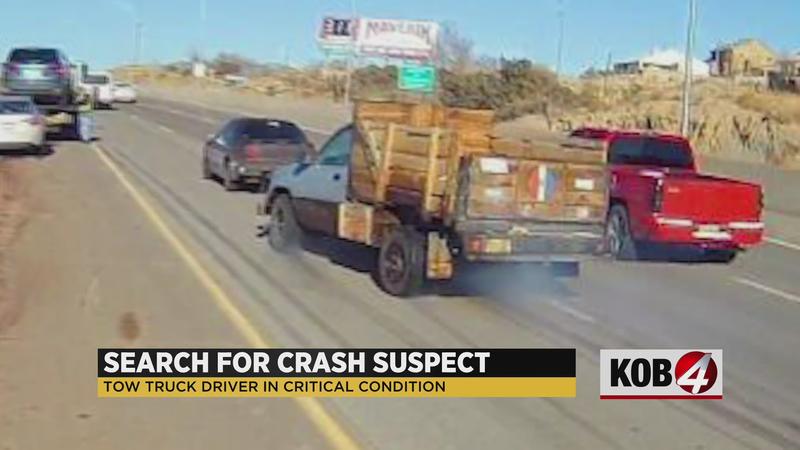