Officers responded to Tramway Boulevard and Candelaria Road at around 9 a.m. A garbage truck and a car were reportedly the two vehicles involved in the crash.

One person was taken to the hospital with serious injuries.

Drivers are urged to avoid the area. A light pole was knocked down. 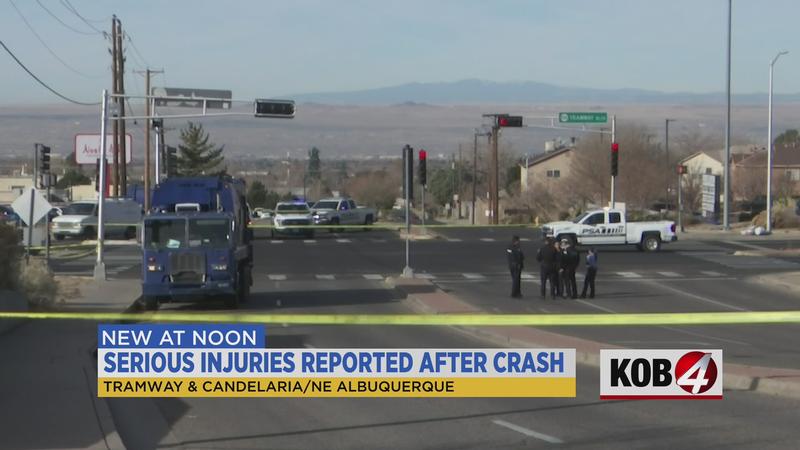