ALBUQUERQUE, N.M. – One person was killed early Saturday morning after being ejected from their pickup truck during a street racing crash in southeast Albuquerque.

The crash happened at around 1:30 a.m. Saturday, at the intersection of Lead Avenue SE and Columbia Drive SE.

According to APD, a white/maroon Chevrolet Silverado was racing a blue unknown truck, westbound on Lead, at a high rate of speed. As the two trucks approached a red light at the Columbia intersection, the blue truck slowed down but the Silverado continued through the intersection and struck a vehicle traveling northbound on Columbia. The Silverado lost control and hit several trees and a concrete wall.

The driver of the Silverado was pronounced dead at the scene. His passengers were taken to a local hospital to be treated for minor injuries. 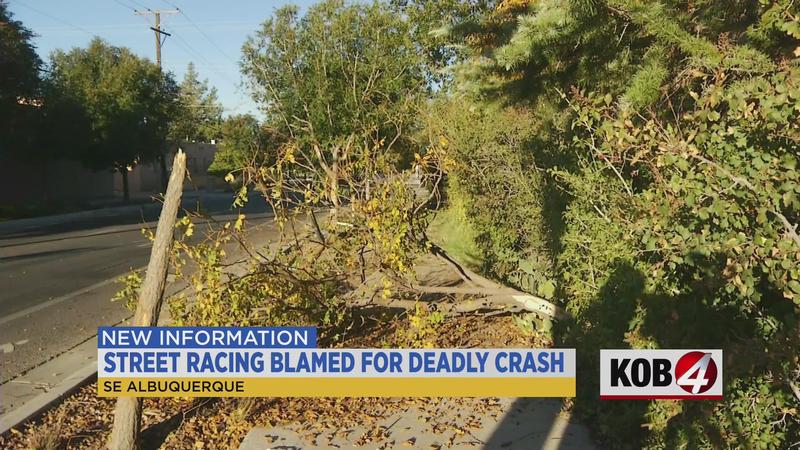 The other vehicle involved in the race has not been identified. The investigation is ongoing.

In March, a resident in southeast Albuquerque raised concerns about illegal street racing. A 4Investigates report looked into APD’s efforts to combat street racing in the city.