APD: Suspect hit and killed on I-40 during foot pursuit

ALBUQUERQUE, N.M. — A suspect fleeing police was hit and killed while trying to cross I-40 late Sunday night.

The Albuquerque Police Department said officers was working proactively in the hotel area near Iliff and Coors when they were flagged down due to an individual reportedly throwing rocks at vehicles in a hotel parking lot.

Police said the suspect fled on foot when officers tried to make contact, then crossed various fences and got onto the highway just west of Coors.

The suspect was hit and killed by a vehicle.

Eastbound I-40 was closed at Unser after the deadly crash. The lanes were reopened Monday morning. 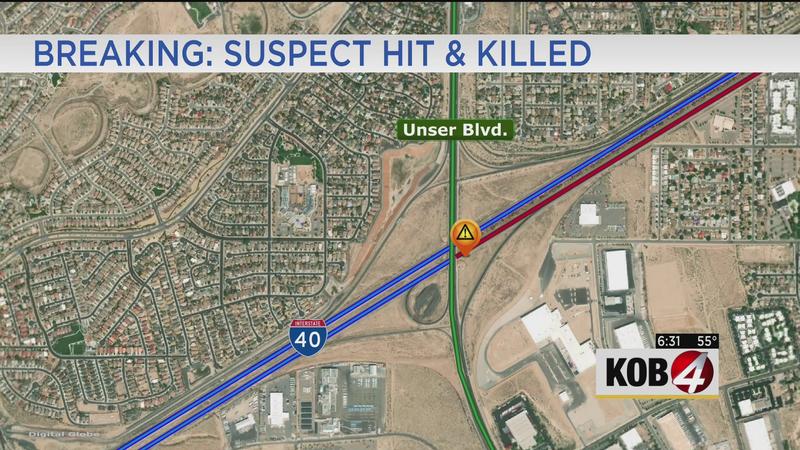