Marquez, 31, was shot by officers near Belen in late February, following a pursuit along I-25. Officers shot Marquez after his vehicle rolled over – just a few days after he was accused of a major crime spree in Albuquerque. He allegedly broke into three homes, stole four different vehicles, kidnapped three people, and shot at multiple bystanders.

Police said they were tipped off that Marquez admitted he killed the employee at the spa. Officers later found the black pickup shown in surveillance video with the suspect leaving the murder scene. Fingerprints found at the spa, as well as fingerprints from the truck, returned as a match to Marquez.

"All of those factors allowed investigators to conclude Marquez was responsible for the cold-blooded murder at the spa," APD Chief Harold Medina said. "We held out hope that we could come to this conclusion, based on solid evidence, so we could help ease fears among the Asian-American community. We still have work to do to put a stop to these brazen robberies, but the people responsible for both recent murders at massage businesses are no longer on Albuquerque’s streets."

Albuquerque police also said they have evidence that connects Marquez to a homicide on Christmas Eve. 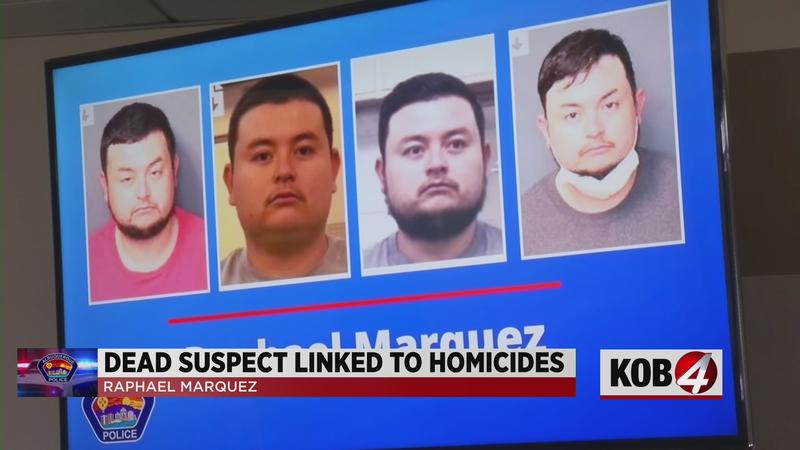