ALBUQUERQUE, N.M.- APS wants the state to reconsider its hybrid requirement to participate in sports.

"I would very much like to see that rule revisited and revised as we make our efforts, our fair efforts to return students to the classroom that our kids have the opportunity to participate," said APS Interim Superintendent Scott Elder. "I’m really curious if APS isn’t allowed to play who exactly are they going to play against. We have 13 of the high schools."

Following guidance from the state, the New Mexico Activities Association said, in order to create schedules, it needs to know which schools are going to participate by Feb. 16.

Schools could be allowed to play if their district begins hybrid later in the year. However, their postseason chances will depend on playing a full schedule.

Elder said APS isn’t the only district that is asking the state to reconsider its position. 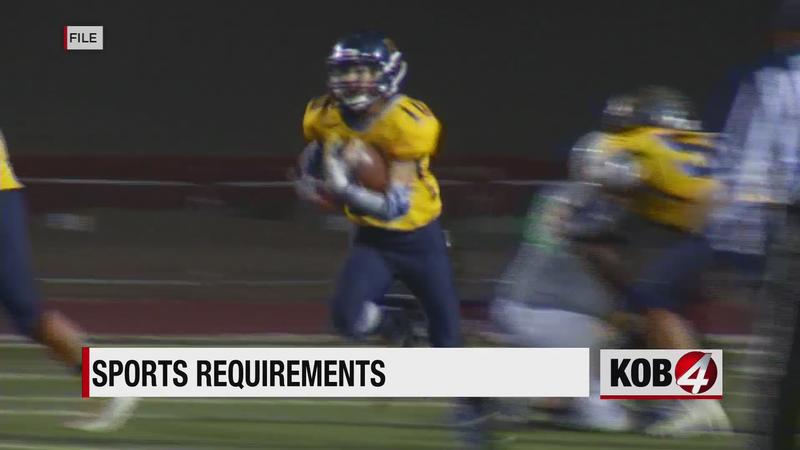 "It is districts across the state that are, quite frankly, demanding they reconsider their position," Elder said.

KOB 4 reached out to the governor’s office about whether an exception could be made.

A spokesperson said, "any additional activities, like sports, can only be safely conducted if a district has ensured that they can safely get more students back in classrooms."

A New Mexico Public Education Department added that "any potential additional changes will depend on the success with which New Mexicans continue to slow the spread of the virus."

They reiterated the state’s priority is the safe expansion of in-person learning opportunities.