About 120 people applied for a job Thursday and 20 of them were offered a position with APS.

Some folks walked out as future teachers.

"I got a job as an elementary school teacher and I love it and couldn’t believe it, but I came, and I got a job, and I’m really excited,” said Sonia Chancey, APS hire. 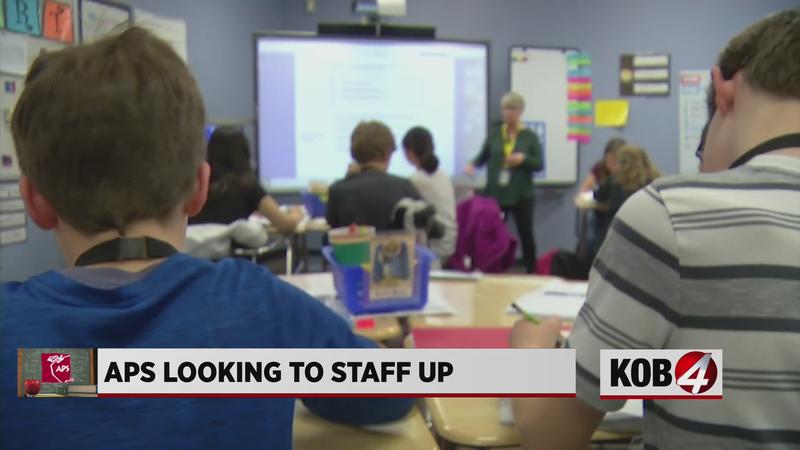 But the need goes beyond the classroom.

"I still need custodians, I need food service workers. I need clerks. So overall across the district we have about 800 positions. We have a lot of job positions at APS,” said Elder. "We have a demand because people left because of the pandemic, so we have a demand in areas we don’t traditionally don’t."

Elder said enrollment is low but doesn’t see it as a factor to low employment, since there was a reduction in positions because of the pandemic. But he said folks shouldn’t be worried about losing their jobs if hired.

"One of the things we’ve done, is we’re gonna be able to stabilize the district using the federal money. So people don’t have to worry whether they might have to be let go, people coming in, they’re going to have a job," he added.

If interested, get the resumes and cover letters ready and updated.

“Come and apply, you never know, somebody will love you and give you a job like they did to me," said Chancey.

The next job fair will be at the Rio Grande High School on Arenal rd. in Southwest Albuquerque, from 8 a.m. to 12 p.m.

Applicants who applied this week will still be considered for a follow-up interview.