ALBUQUERQUE, N.M.- Officials with Albuquerque Public Schools spoke Thursday about the decision to wait at least two weeks before the school board votes on whether to begin hybrid learning.

The district had created a hybrid plan in December, well before the governor announced schools in all districts could start on Feb. 8.

Bernalillo County remains in the red level of reopening, which is a main concern for many people in the school district and on the school board. 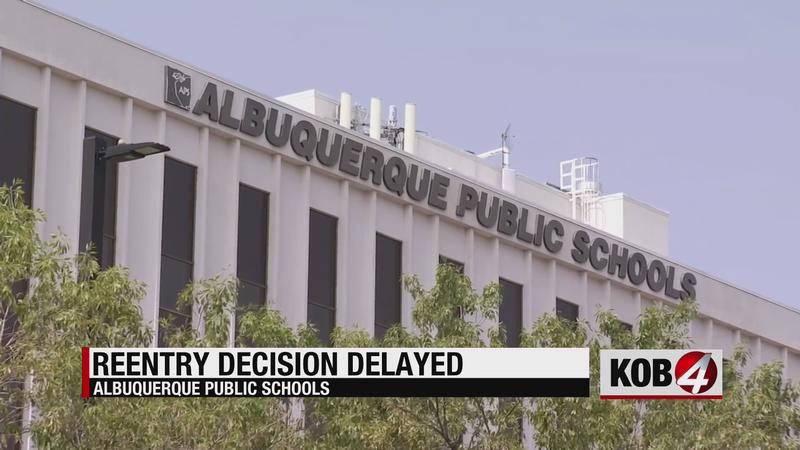 "If you try to have us go back to school when the community spread is still pretty large, now vaccines become an option or a concern for us," said APS Board President Dr. David Peercy. "At least if we had the vaccine, we believe teachers, we’ve been told that teachers would be more willing to come back in this kind of condition."

APS officials aren’t just pushing the vaccine for teachers. They also would like other staff, including bus drivers and custodians, to be given access for the vaccine.

Some of those APS employees may already be eligible for the vaccine right now, but not because of their occupation. The Department of Health says people who are 75 years and older and those with chronic illnesses can be vaccinated.

Over the next two weeks, the district plans to engage with leadership and teachers.

Interim Superintendent Scott Elder said the district is focused on learning which teachers would prefer to move into hybrid– compared to those who want to stay virtual.