APS officials said 99% of the bus routes were covered on the first day. However, the Moyer family’s stop was one of the stops missed.

"I ran the kids back to the house and drove them to school," Emily Moyer said. "Fortunately, I’m in the position to be able to do that."

On day two, Emily said the bus showed up, but it was late.

In addition to the bus not showing up Monday, Emily said her children faced technical issues at school. 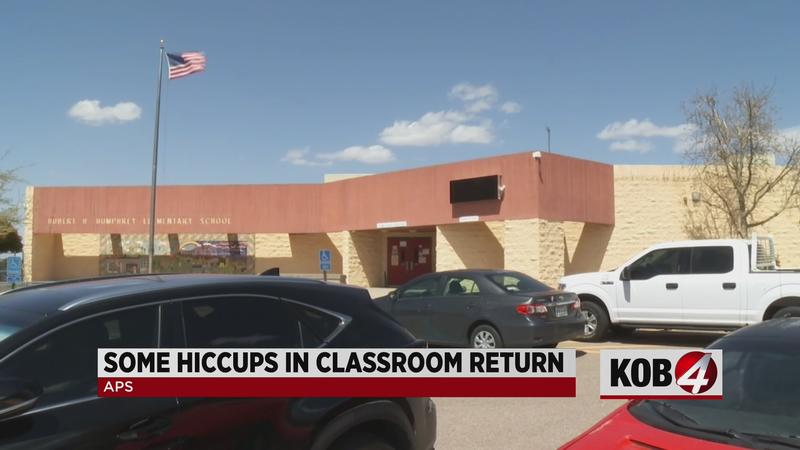 "The internet went out for like half of the day," said Ronan Moyer, who is a fifth grade student. "But, it usually only happens on Mondays for some reason. So, my class calls it the Monday curse."

"The school did send out an email. So, I did get an email saying there internet issues. Again, I mean, we’re suddenly throwing 70,000 devices onto internet, that has been only using 20 devices per school. It was kind of to be expected," Emily said.

Emily said she anticipated there being issues that would need to be worked out. However, she added that she’s grateful her children are allowed to return to school.

"I know it’s going to take awhile to figure out what new normal is – but being able to get them – they’re both tired from school," she said.

APS said it worked on the internet issues overnight, and it was fixed by 9 a.m. Tuesday.

As for the buses, the district said it is still dealing with glitches. Officials are asking parents to take their children to school when they can.