ALBUQUERQUE, N.M. — Over the next two weeks, students will return to classrooms for a new school year but districts are still filling staff positions.

According to the APS website, there are 200 educational assistant openings, 157 special education openings and 50 custodian openings. However, Armenta said that the district is making progress daily.

"We have over 14,000 full-and-part-time workers," Monica Armenta, an APS spokeswoman, stated. "Out of that 14,000, you look at 800 vacancies still. Keep in mind that we’re hiring everyday and some of those offers are now in progress, so there isn’t anything that we’re alarmed about. There are really no red flags at this point."

"For the most part, teacher positions are solid with teachers and principals," Armenta said. "It’s the same industries that other people are having difficulties filling that we’re facing this year with custodians and food service workers."

"Our schools are such amazing places to work," Mike Chavez, human resources executive director with RRPS, said. "And I would just encourage people that we have openings." 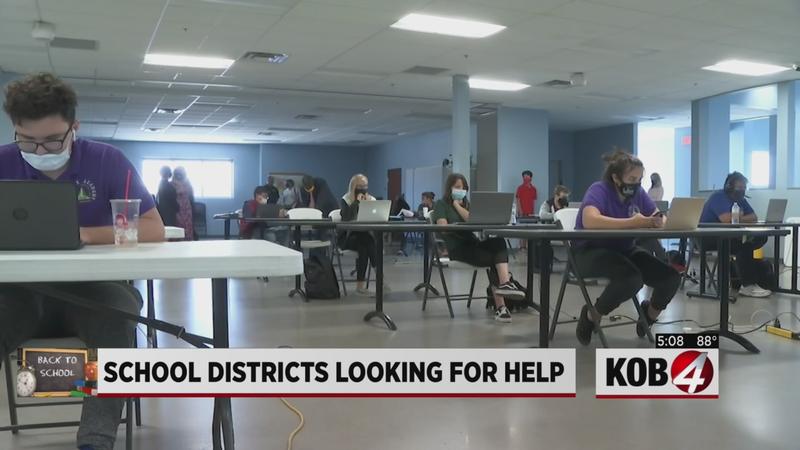 "We’re hoping that this whole nightmare that we’ve all lived through will have one silver lining," Armenta said. "Which is that people will begin to look at some long-term jobs with benefits differently."

School officials said they are actively hiring for positions and have many pending offers.