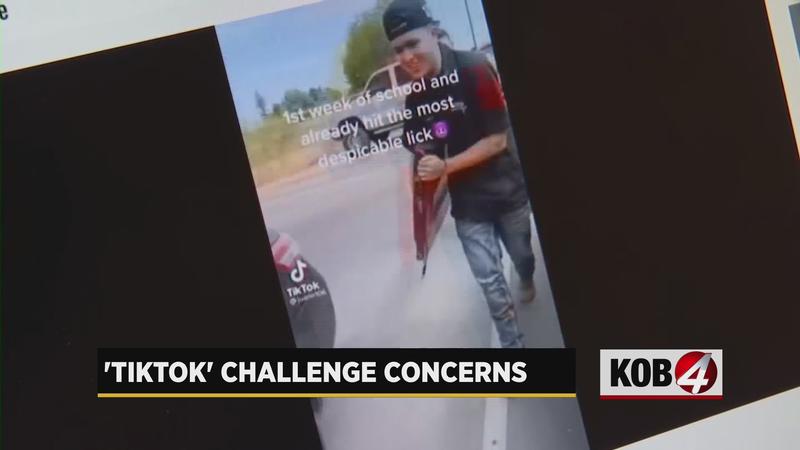 ALBUQUERQUE, N.M. – People have seen the TikTok challenges of kids stealing car doors, security cameras, soap dispensers and a lot more, but now those working at a local middle school are concerned these pranks are going to get much worse.

In a newsletter sent to parents at Roosevelt Middle School just east of Albuquerque, the principal warned of other pranks that could be happening in the upcoming months. Some of them include hitting a staff member on their backside, removing the lug nuts from a staff member’s car, and students exposing themselves in the halls of the school.

Anglea Lybarger has a 12 and 11-year-old that attend RMS. She said she almost didn’t believe that this was real, until she saw what other schools are dealing with around the country.

“This is not okay, it’s not a prank and it’s not funny in any way," Lybarger said.

Adding, she has been talking about these so-called challenges with her kids every day who are also concerned about the pranks in school.

“Some of them are absolutely intended to hurt another person," said Lybarger.

An Albuquerque Public Schools spokesperson said they cannot comment about any specific case involving a student or the challenges themselves.

However, according to the APS student handbook, the consequences for battery and property damage could result in suspension, and criminal charges could also be filed. Students who remove the lug nuts from a car could face criminal property damage charges. If the driver didn’t notice and died because of the prank, the student could face manslaughter or murder charges.

As for students who expose themselves in school, they could be charged with indecent exposure. If the student is close to 18-years-old, the court could charge them as an adult and they would have to register as a sex offender.