ALBUQUERQUE, N.M. — The last day of school for students and teachers in Albuquerque’s largest school district marked a bittersweet end to a tough year.

Balloons, flowers and congratulations signs decorated the outside of Dolores Gonzales Elementary School in southwest Albuquerque Tuesday morning to celebrate the start of summer break.

Two of Werenko’s children wrapped up kindergarten and second grade. He said the school year was a whirlwind due to the pandemic.

"We are, as a family, a little sad school’s ending this year. It’s like usually we look forward to summer, but this year the kids had such a small window of time in person and they’re going to miss their friends,” Werenko said. 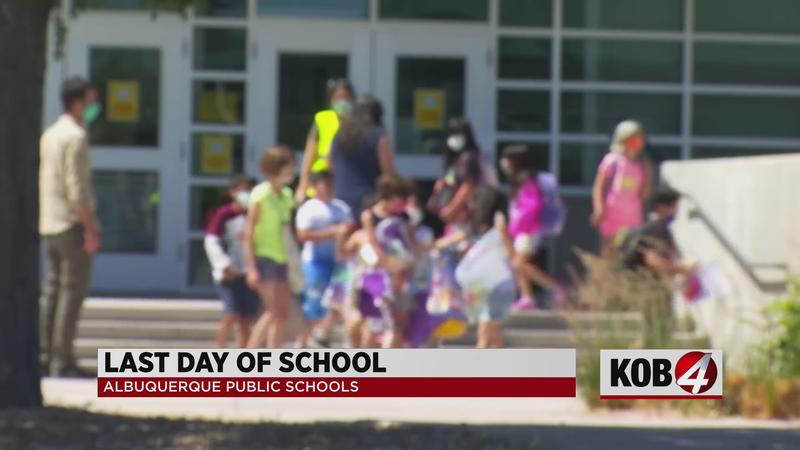 While most students at Dolores Gonzales Elementary will return in the fall, others will move on to middle school.

"I’ve had a lot of fun times here and in fifth grade and all the other grades. It’s kind of sad though, but I’m happy for myself because I made it,” said 11-year-old Andrew Lerma, a student.

KOB 4 caught up with Andrew and his mom while they were on the way into school to deliver flowers to teachers and staff.

Andrew said he owes his teachers a lot.

“Thank you so much for helping me over the years to become a better students and a better person,” he said.

Andrew’s mother Arianna said it was a challenging year with remote learning, which makes her son’s accomplishments even more special.

"I’m so proud of him. This year has been so difficult on them, the teachers, they did it and I’m very proud of them,” she said.