Stapleton allegedly made payments to a fake software company known as "Robotics."

"The superintendent did the right thing walking into our office," New Mexico Attorney General Hector Balderas said. "There are certain dynamics within this organization that involve power, control and the level of resources that’s involved in Albuquerque Public Schools."

According to Balderas, the letter launched a months-long investigation that led to searches of Stapleton’s house and a search warrant served on APS headquarters. Balderas stated that they "conducted all the investigation" they could without disrupting APS.

The search warrants stated that APS paid out over $5 million to "Robotics" since 2014. Authorities claimed that more than half of it was re-directed to Stapleton’s direct interests, including some money being directed to her personal bank accounts. 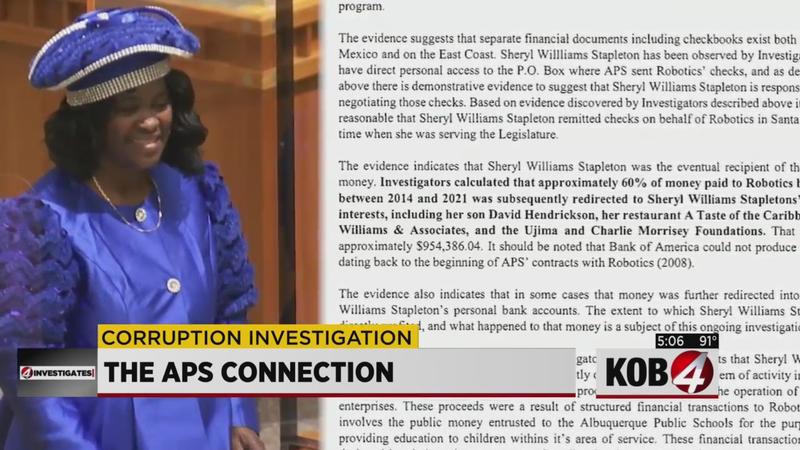 APS is also launching an internal investigation to review the district’s spending practices.

The investigation into possible corruption will continue. It will likely examine who at the school district knew what and when they knew it.

"With the level of exposure to the district, we are absolutely not just following the money," Balderas affirmed. "We are following the rules that were involved in this complicated case and we are really investigating how it is that the district got here today. We want to gather as much evidence so the scope is fairly broad at this point."