It’s a day to honor the heroes who used the Navajo language to create a code during world war two, many say it was a big part of the victory. Now, the day is officially a state holiday in Arizona.

“Arizona is proud and grateful for the incredible work of the code talkers their bravery and ingenuity was instrumental in helping the allied forces claim victory in World War II,” said Doug Doucy, Arizona governor.

It was signed into law on Thursday, and Navajo Nation Vice President Myron Lizer was there for the historic moment.

Like last year, the annual tribute was held virtually again due to COVID-19 but Nation leaders say the recognition and appreciation is still the same.

"Our code talkers utilizing our language to also fight for our way of life, teaching our culture, tradition and obviously to share with our younger generation the importance of our Navajo language,” said Navajo Nation President Jonathan Nez.

Nation leaders said they will continue to honor their legacy as well as the other Native American men and women who served and continue to serve. 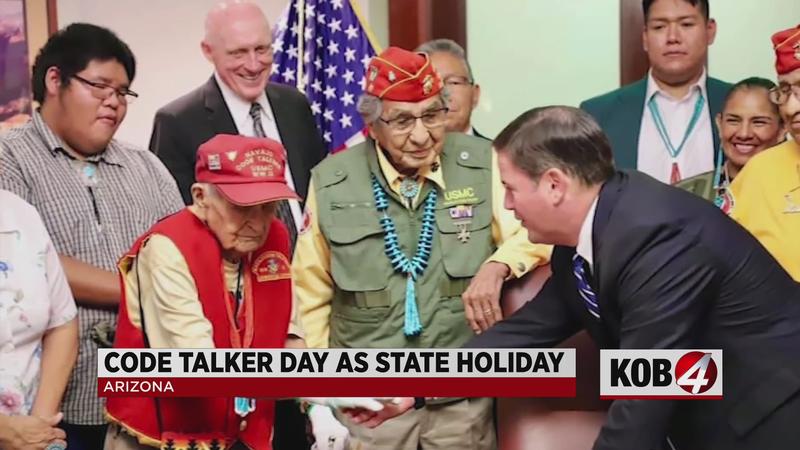