ALBUQUERQUE, N.M. — Postal workers across the metro are on edge because three mail carriers have been robbed at gunpoint in the last month. Now, one mail carrier is voicing her frustrations over how these cases have been handled.

On Jan. 11, three armed suspects cornered a postal worker in northwest Albuquerque and stole their keys. A week later, on Jan. 18, another postal worker was robbed at gunpoint by two men in the International District.

Then last Saturday, off Tramway, another postal worker had a gun pointed at her face as a man demanded her keys.

Despite this string of armed robberies, USPS workers are still out in the streets delivering mail – but these targeted crimes are still in the back of their minds.

“It makes me wonder how many more happened that we aren’t aware of because we didn’t hear it from our management to communicate with us,” one mail carrier told KOB4 anonymously. “The first time was around me, it was at my station, it makes it hard cause it could have very easily been me.” 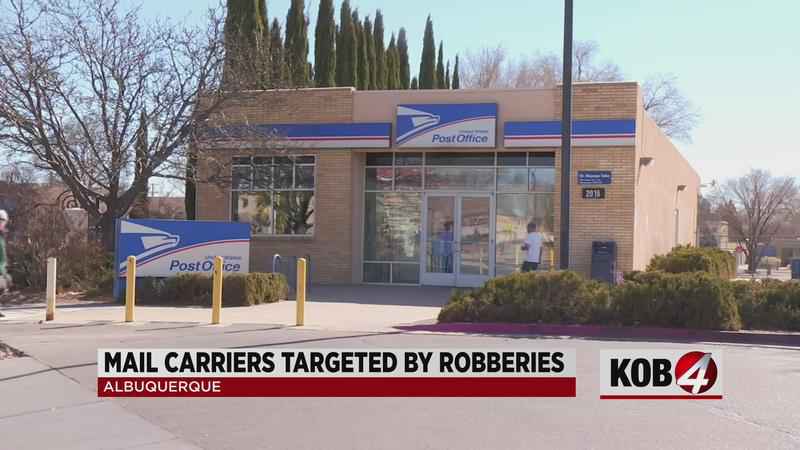 She said there has been a lack of communication at the post office when it comes to these investigations and mail carrier safety. The only reason she found out a coworker was robbed was because it was her friend.

“The only thing that is asked of us is to be aware, to be on guard, but what good does that do when we feel nothing is being done? Maybe there is in the background, but they don’t tell us about it to give us ease and we are the ones out here,” she said.

So how can the community help?

“Get a description if they see the perpetrator," she said. "Don’t get involved but get the license plate number, get descriptions, you know, of what they see, that way they are not hurt, we are not hurt, but we are able to catch these people.”

The U.S. Postal Inspection Service told KOB 4 they are investigating these robberies but they are unsure if they are related or random.

Because these suspects got away with mailbox keys, the postal inspector is urging the public to check their mail every day to ensure important mail like tax documents get delivered and not stolen.