ALBUQUERQUE, N.M. — A judge ruled Thursday to dismiss the charges against a man who was accused of causing an explosion at a Santa Fe marijuana dispensary in October 2020.

Dispensary owner Carlos Gonzales was charged with arson after he allegedly improperly switched out a hot plate that sparked a fire. However, a judge said there was not enough evidence to move forward.

33-year-old Joshua Alderete, a witness, told the court Thursday he had no idea how much danger he’d be in while creating marijuana extracts at the dispensary last October.

“We were stuck in there, and we were going back and forth trying to kick the door open trying to open it. We were banging and calling people,” he added. 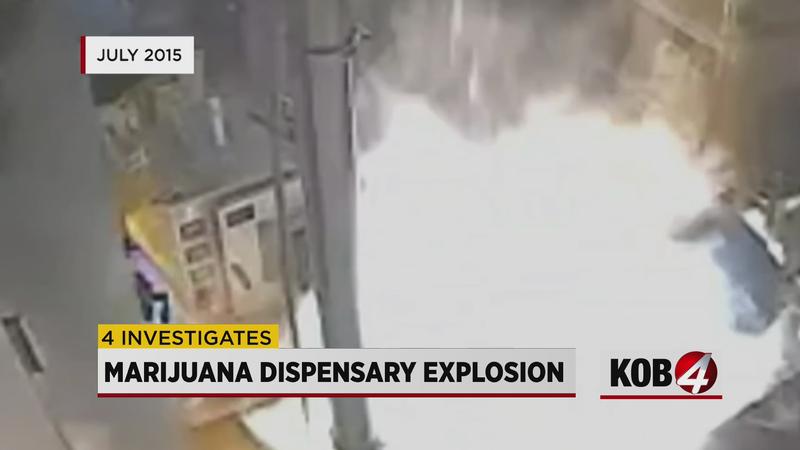 Alderete said his boss, Carlos Gonzales, had to grab an axe to break Alderete out of the extraction room

“I am so thankful for him for getting me out of that fire. I, yeah. I would not want to be in the situation again, but that is what happened,” Alderete said.

After the incident, Gonzales was charged with negligent arson, and improperly switching out a hot plate that sparked the fire.

“Defendant was aware his conduct would create a substantial and foreseeable risk,” said David Jenkins, a prosecutor. “He disregarded that risk.”

Alderete said he had multiple injuries as a result of the fire.

“I have burns on my face, my arms, my torso, my thigh, my back, both of my lower legs resulting in 37 percent burns, so yeah. I’ve done six surgeries,” he said.

Prosecutors said those injuries wouldn’t have happened if it were not for Gonzales.

“It was the implementation of that system and sequence of events that caused that injury,” Jenkins said.

However, the defense argued that Gonzales was not responsible for the fire because he was a hand-off CEO who trusted his employees to do the right thing.

“If the state wants to come here and say we want to bring felony charges against chief executive because of mistakes, errors, actions that was done by employees—that’s opening up a very big area of the law,” said John Day, a defense attorney.

After hours of testimony and cross-examination, Judge David Segura dismissed the charges due to lack of probable cause.