ALBUQUERQUE, N.M.- The ART lanes are getting a new look.

Crews in Albuquerque were painting the lanes bright red Tuesday.

Danny Holcomb, Albuquerque’s Transit Department director, said the red lanes had to get federally approved before the work could begin.

"This is the same funding we got for the entire ART project," he said. "We had some money left over, and we wanted to do as many safety improvements as we can."

This paint will be in small chunks along Central Avenue, signaling the areas where busses go in either direction in one lane.

Those couple of blocks are in east downtown, west downtown and the already painted area in front of UNM. 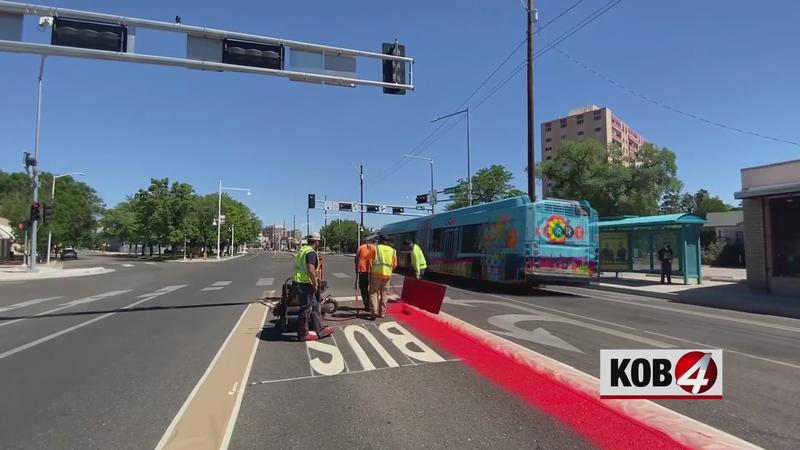 The red lanes are not the only changes for ART.

"We’re moving the stop bars back a little bit on the intersection so if you’re on a lane next to a bus, you can actually see the bus next to you while you’re making your left turn or u-turn," Holcomb said.

In addition to making safety improvements, the city needs to hire more bus drivers. People can apply on the city’s website.