Artesia man ties clothes together to save tourists in Pecos River

ALBUQUERQUE, N.M.- An Artesia man helped rescue a group of tourists who were stuck on the Pecos River.

"It’s just fight or flight, you know? Jump in or jump out. That’s just how it goes," said Arturo Galvan, owner of Southwest Precious Gold Buyers.

Galvan came across the tourists after getting lost while taking his kids fishing.

"There was a girl at the top of the hill who was waving her arms in the air, and it was weird because we were at the very last fishing hole around our local fishing spots, so for them to be like, at that part of the river was kind of weird," he said.

Knowing he had to act fast, Galvan went to his car to get equipment. 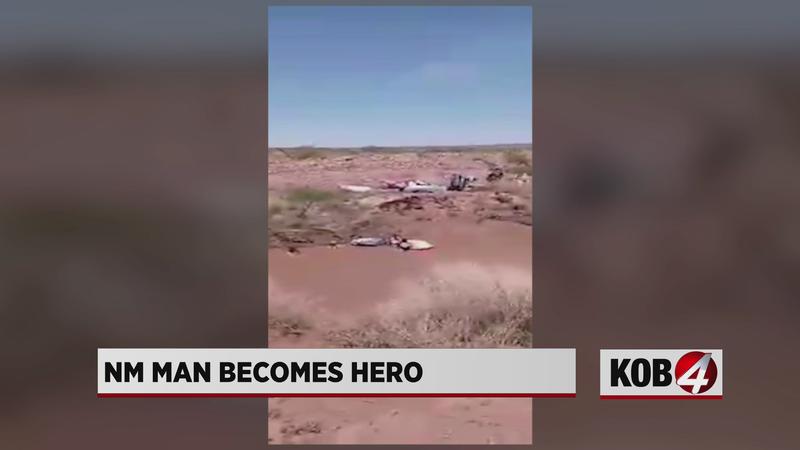 He didn’t have any rope, but he had extra inventory of clothes because he has been trying to expand his jewelry shop into a big and tall store.

Another person, who saw Galvan trying to rescue the tourist, jumped in to help as well.

Together, the pair pulled the tourists to safety, saving all ten of them. One woman was taken to the hospital, but her condition is unknown.