As New Mexico’s legislative session nears end, here’s the latest from the Roundhouse

House Democrats took major concepts of that bill and rolled it into another bill – if passed, it would restore voting rights for felons, make it easier to access absentee ballots and require training for election observers, watchers and challengers. The mega-bill passed the committee after hours of debate.

On the other side of the Roundhouse, the Senate’s massive public safety bill incorporates House-passed measures that create new gun crimes and increase penalties for some felons.

As hours tick away, the package still has to clear more hurdles in the Senate and the House. Among other things, it would add a criminal court judge in Bernalillo County, spend more than $200 million on crime prevention, and add some new crimes and penalties. 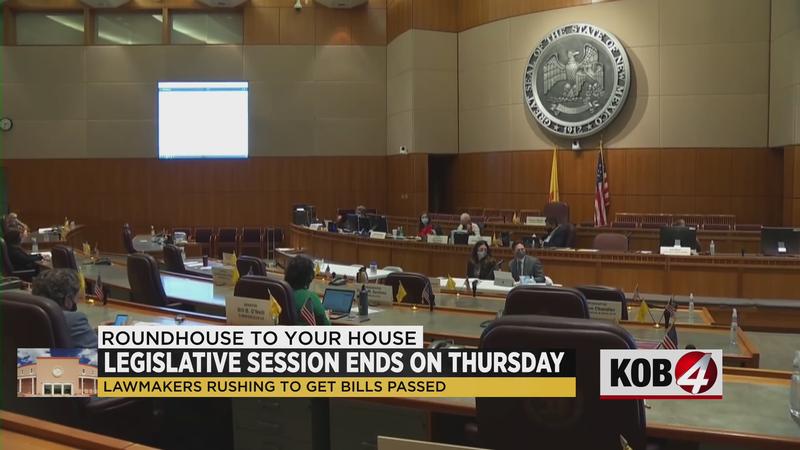 "I think we’ll still work with the House and see if there’s anything we’re missing," Sen. George Munoz, D-Gallup, said. "We can always catch that at the floor and see how it works out."

"We have an excellent working relationship with the House," Sen. Joseph Cervantes, D-Las Cruces, said. "And we’re talking to their leadership and they’re talking to ours. And so this is not being done one chamber versus the other. We’re doing this together as a Legislature."