As officials work on solution, Belen flooding leads to lawsuit

BELEN, N.M.- Flooding in Belen has prompted a lawsuit.

The lawsuit claims, when water runs off the mesa from the west, sediment and other debris can get caught up and impact the canal’s capacity to move water.

During a major storm event, the canal can breach and cause damage to property. That was the case in 2017. 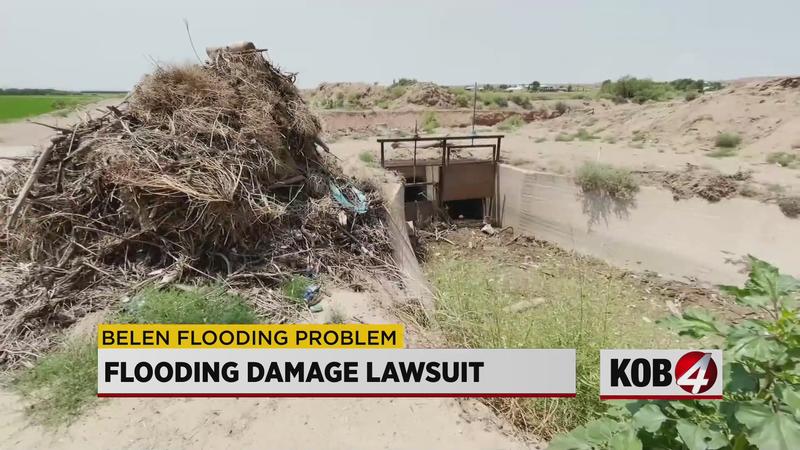 Now they are seeking damages, and a solution.

The Middle Rio Grande Conservancy District, which wouldn’t comment on the lawsuit, has a motion to dismiss this lawsuit on Thursday.

The Middle Rio Grande Conservancy District claims they are working toward a long-term solution.

"What that will do is protect the High Line and those that reside below it from the 100-year storm event. Now it if it rains more than 100 years, that’s a different problem, but that’s the standard that everyone goes by," CEO Mike A. Hamman said.

The Middle Rio Grande Conservancy District applied for the federal money in 2019, following the 2018 floods.

"Once it is designed, then there will be another phase, the construction phase, that could be several million dollars, which we expect," Hamman said.

Hamman said the money will come from the federal government. The project would need to be completed by 2025.