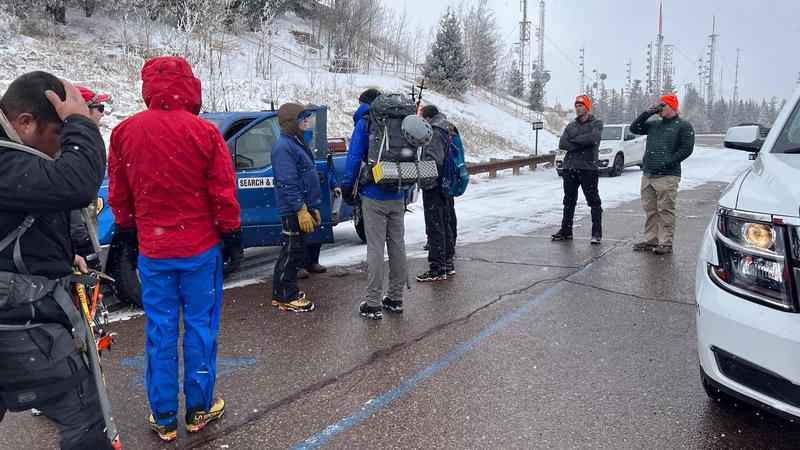 ALBUQUERQUE, N.M. — A man was at the top of La Luz Trail in the Sandia Mountains when a winter storm rolled in, dropping a blanket of snow and bringing near white-out conditions. As temperatures dropped and the wind picked up, the man fell on the ice off trail and made a frantic call for help to 911.

Open Space rangers, the Bernalillo County Sheriff’s Office, and Albuquerque Fire Rescue responded and descended down an icy cliff in order to reach the man. Authorities said the team came to a fork in the trail and had to split up in order to try to find the man in time.

Albuquerque police said a team from above found the man 60 feet below, standing in the snow – trying not to fall any further. He was reportedly wearing Air Jordans that were not providing the required grip to keep him from falling. After setting up a rappel line, an officer was able to give the man the proper clothing he needed and crampons to add to his shoes. He was then able to hike up the trail to the summit where he was treated and released by the Bernalillo County Fire Department.

Numerous agencies teamed up to save the man’s life, including New Mexico State Police SAR, AMRC, and Cibola SAR.