ALBUQUERQUE, N.M. — It’s harvest day in space – astronauts got to try the New Mexico chile that has been growing on the International Space Station.

KOB 4 spoke with Jacob Torres, a technical and horticultural scientist from Española. He’s playing a major role in this project with NASA.

On Friday, Torres and the other teams involved joined together for the first harvest. Seven "Española improved" peppers – which is a cross between the Sandia pepper and the traditional Española pepper – were harvested. Four will be placed in a freezer and brought back to Earth where Torres’ team will analyze them.

The rest are to be enjoyed in space and are the first fruit to be eaten in orbit.

Torres told KOB 4 the first taste was spicy – and there are still 10 peppers left for another harvest planned for December. 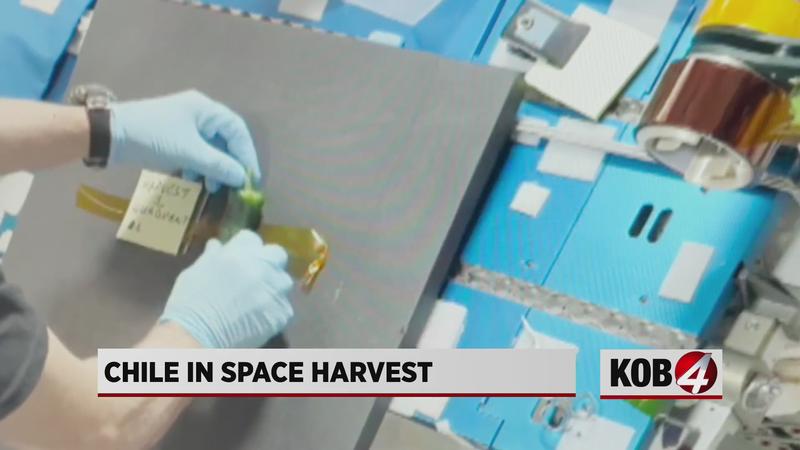