ROSWELL, N.M.- Police are looking for burglary suspects that stole an ATM machine.

At about 5 a.m. Sunday – Roswell Police were called to the Stripes Convenience in the 1200 block of East 2nd Street.

When police arrived, they found that the $5,000 ATM was missing from the store.

The 911 caller told police they saw a dark-colored vehicle and two people at the store, which was closed at the time.

When police came no one was at the store. 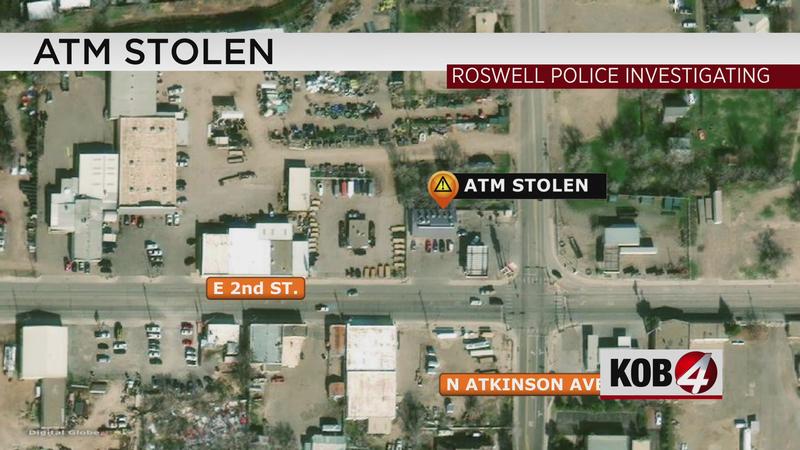 Investigators say the suspect likely used a chain connected to their vehicle to pull the store door open and then used that same chain to pull the ATM away.

Police say no arrests have been made and the case remains under investigation.