HOBBS, N.M. – A mother was killed and two people, including the gunman, were injured in an attempted murder-suicide shooting last month.

Officers on Sept. 23 responded to an apartment at 1200 E Broadway where they learned about a child who informed a neighbor that their sister was shot and their mother was shot and killed. In the apartment, officers confirmed these details and also found suspected gunman Steven Samreth.

According to the investigation, Samreth shot the mother, Celina Maldonado, shot her daughter and then shot himself in the head.

Samreth and the daughter each survived and were taken to the hospital.

The daughter is expected to make a full recovery. Samreth is also recovering and will be arrested after he is released from the hospital. 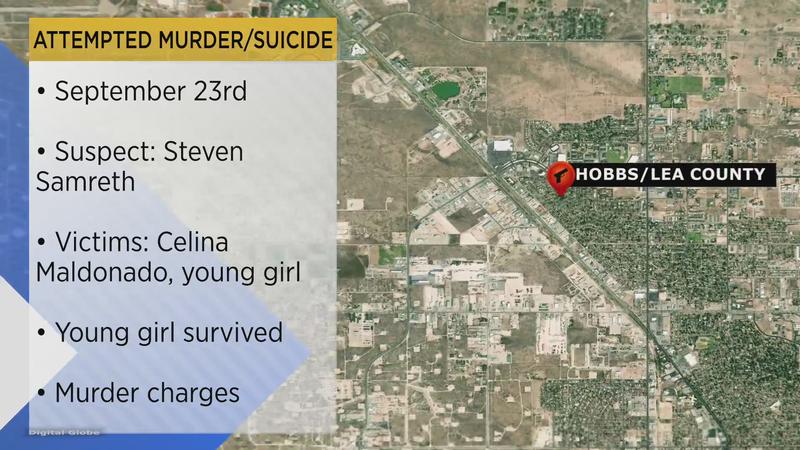 Samreth’s charges include an open count of murder, felon in possession of a firearm and aggravated battery with a deadly weapon.