ALBUQUERQUE, N.M. — APD is investigating an attempted stabbing Wednesday morning near the University of New Mexico.

The attempted stabbing occurred at 10:21 a.m. on Lomas Boulevard and Buena Vista Drive. The suspect left toward campus after the incident.

The suspect is described as a thin, 5-foot-4-inch tall male in his 20s with a black Raiders hat, brown tank top, tan pants, brown backpack and a hospital band. The knife is a silver switchblade knife.

The attempted stabbing happened one block east of where a stabbing occurred Monday morning. The Monday stabbing suspect was described as a 5-foot-4-inch-tall, 100-lb. Hispanic male with dark hair in a bun, large gauged earlobes and tattoos behind the ears.

If you have any information regarding the incidents or notice any suspicious behavior, contact UNM PD at 505-277-2241. 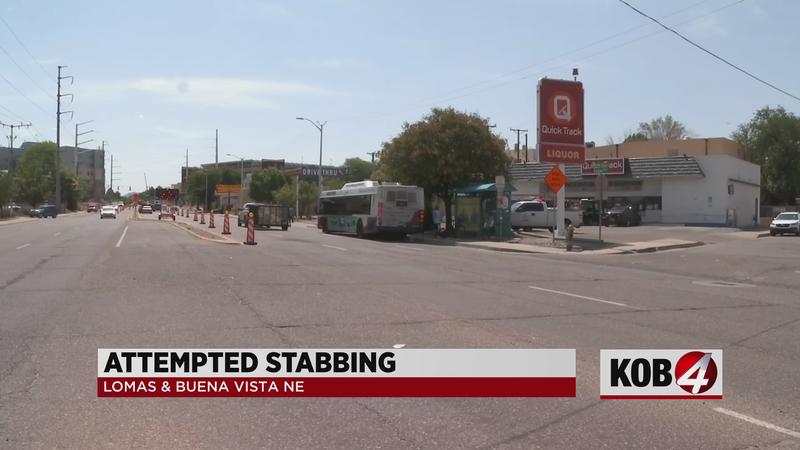