ALBUQUERQUE, N.M. — Alexis Martinez is accused of driving drunk and killing two young children in her car, including her own 7-year-old daughter.

Martinez crashed into a barrier on I-25 near the Big I in March. Her friend, Danielle Ortiz, was in the passenger seat. Martinez’s 7-year-old daughter was killed along with Ortiz’s two-month-old son. Two of their other children were also hurt.

Earlier this year, a judge denied her release from custody, but her attorney is claiming things have changed. Her attorney said once in custody, the Metropolitan Detention Center failed to take Martinez to follow-up appointments.

"In fact, Ms. Martinez’s medical condition has been deteriorating based upon the lack of proper medical care," said attorney Megan Mitsunaga.

The state disputes that the circumstances have changed. 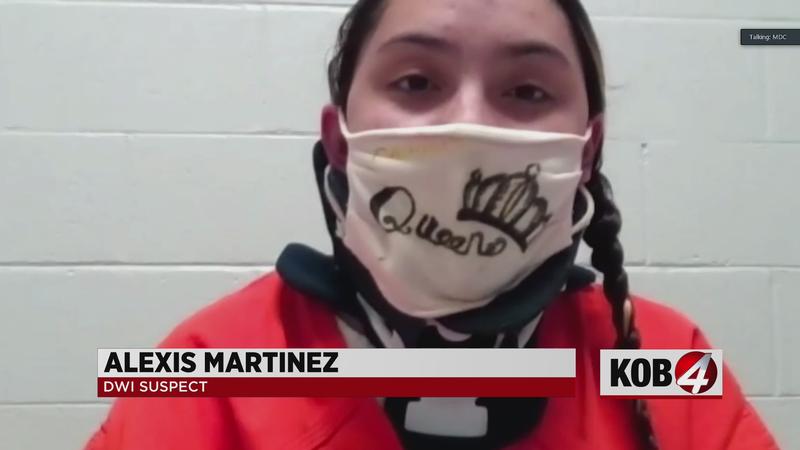 "There’s a difference between an appointment that was recommended and no medical care. The defendant is receiving medical care," state attorney Shonnetta Estrada said.

Prosecutors said she is seeing physicians inside MDC and being treated.

While the judge did not release Martinez, she is requiring MDC to honor those follow-up appointments that were recommended upon entry.