An attorney representing four students accused of participating in a prank on April 1, filed a petition Monday. It commands the school principal and district superintendent to, “end their illegal suspension and return students to in-person class."

The petition mentions the waiver district leaders offered those students recently, claiming they told students, "they will be expelled and criminally charged if they did not sign the contract.”

"The most shocking thing to me is the fact that the school is requiring students to basically self-incriminate themselves,” said Britany Schaffer, a criminal defense attorney in Albuquerque. “And while I don’t believe there’s going to be criminal charges, it’s just the amount of constitutional violations is just shocking."

Schaffer agrees the district leaders are infringing on students’ right to due process, and they’re violating the state administrative code.

"In order to allow students to continue their education these rules, while they may be part of an administrative code which maybe doesn’t sound as important, are critical to these students’ fundamental rights,” said Schaffer.

Part of that code states if a school tries to remove a student immediately, the school must hold a hearing as soon as possible after removal from school. The Gallup students have been suspended for 15 days, and still, no hearing.

"It can be very detrimental to students not to be able to attend school even for a short amount of time, and that’s why these processes are in place,” said Schaffer.

A McKinley County judge filed an alternative to the petition Wednesday, saying the district must allow students to return to class immediately, and provide a formal hearing that students are entitled to have.

"We’ve listened to parents’ concerns and are doing everything we can to provide support and guidance to students, parents and school administrators. This is very clearly an issue to be addressed at the local level — by the principal, superintendent and school board. Our hope is this will be resolved in time so seniors will be able to participate in their graduation ceremony."

There is a hearing scheduled for April 25 in McKinley County, where the principal and superintendent will have a chance to respond to these claims. 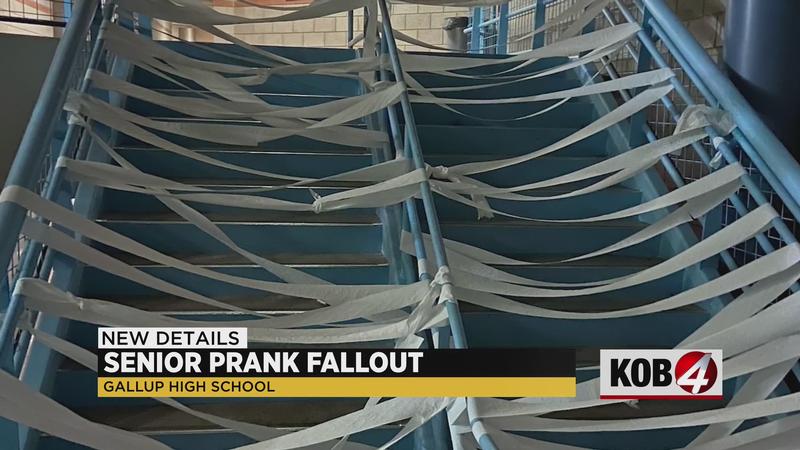