ALBUQUERQUE, N.M. —The defense attorneys for Cowboys for Trump founder and Otero County Commissioner Couy Griffin are now calling for his case to be dismissed.

Griffin was one of more than 400 people charged in connection to the Capitol insurrection that happened in January. He’s charged with entering a restricted area of the Capitol grounds and disorderly conduct.

“I went to pray with people. I went to lead people in prayer and that point will be proven,” Griffin said in an interview back in February.

Griffin’s defense team is planning to file a motion to dismiss the case in federal court. According to court filings, Griffin’s attorneys questioned whether the steps at the U.S. Capitol legally qualify as restricted grounds.

The documents also revealed more details about Griffin’s time in federal lockup back in January, where he spent more than a week in solitary confinement after he declined to take a COVID test. 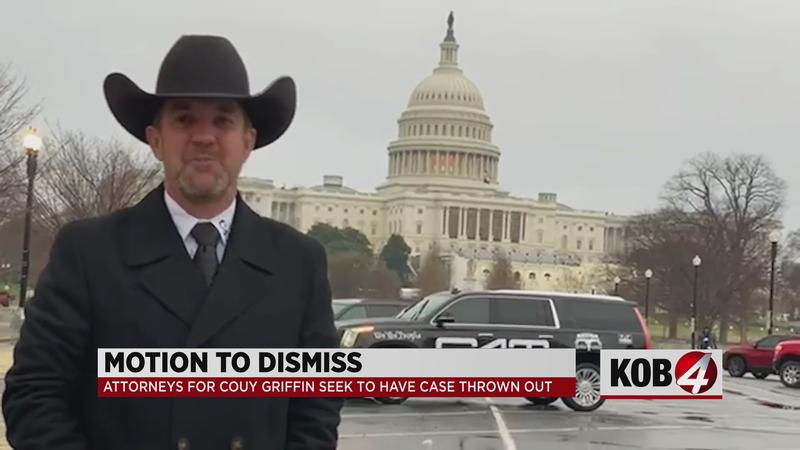 When asked if he could take a shower, Griffin was allegedly given baby wipes, and had a broken toilet in his cell. Griffin’s attorneys also claimed jail guards “snapped pictures of him” and “verbally threatened him”.

“It’s one thing to be charged. It’s another thing to be proven guilty beyond a reasonable doubt,” Griffin said in a previous KOB4 interview.

Griffin is due back in court next month, at which point federal prosecutors are expected to file their response to Griffin’s attorneys.