ALBUQUERQUE, N.M. – A popular neighborhood park in the Albuquerque metro is about to be sold in an auction.

The Archdiocese of Santa Fe owns the Santa Barbara park and the church is under pressure to raise money for its bankruptcy proceedings.

The City of Albuquerque has been leasing the park since the 1960s and the neighborhood doesn’t want to lose it.

“Other kids come to this park and play basketball, kids play on the swings, I live right across the street, so I hear them playing laughing and having fun. We don’t want this park to be taken away just for a legal situation going on with the archdiocese, we need to keep this here for our neighborhood,” said Rosalie Martinez, neighbor.

Martinez said she has lived by the park her whole life and when she heard the land was up for auction, it made her mad.

“This is our park this is our children’s park, why do they want to do that to take it away from us? What are they going to build here? I was very upset!” she said.

Other neighbors are just as upset.

“It has been a part of this community for a really long time and it’s been in various shapes over the years, and we have rallied together and pushed the city to make the improvements which they have done,” said Carol Krause, neighbor.

Most recently in 2016 when the city spent half a million dollars making the park what it is today.

“We did a complete renovation of that park and this is the first time I’ve realized it wasn’t city property,” said Issac Benton, city council member.

According to the city’s Parks and Recreation Department, Albuquerque has been leasing this park from the archdiocese since 1967 and they still have 10 years left on their current lease – but after the archdiocese filed for bankruptcy the court has ordered they auction off properties.

Now, the city is going to be just another bidder

“I’m going to encourage that we bid aggressively and see where it goes and we should try and preserve the park absolutely,” said Benton.

Because neighbors don’t want their park to go anywhere

“We love this park and we don’t want it taken away from us,” said Martinez.

SVN Auctions, who is the court-appointed advisor of the archdiocese’s estate, said the action for the park will open up on Monday, Sept. 20. 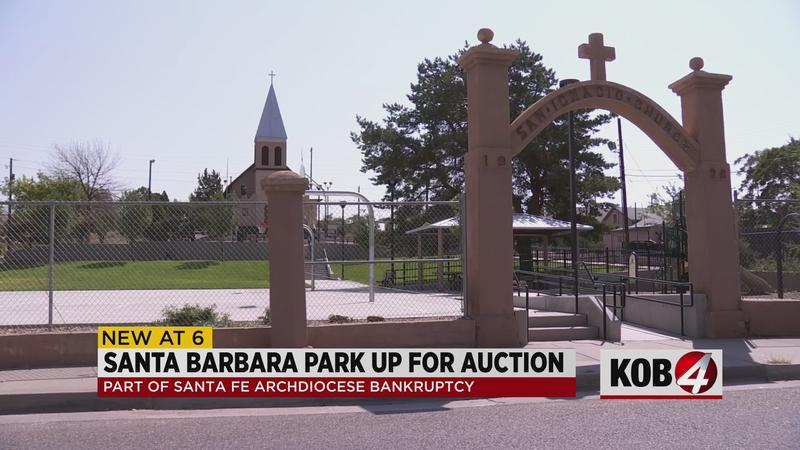