ALBUQUERQUE, N.M. – A new audit found state offices had some work to do to ensure compliance with the Americans with Disabilities Act.

This report details the 2-month study of state properties from Santa Fe to Albuquerque, to other parts of the state like Deming, Las Cruces and Las Vegas. The state auditor’s office took a close look at parking lots outside state buildings.

"All New Mexicans should have equal access to their government, and that means physical spaces such as buildings owned by the state of New Mexico,” said Brian Colon, New State Auditor.

The focus was ADA compliance, disabled drivers said parking is a common problem – even at public facilities.

“Even if there’s 4, 2 or more van access points that are missing, that’s a big number," said Curtiss Wilson, governor’s commission on disabilities.

The report found that most of the 23 state parking lots studied were ADA compliant but some had issues with things like proper signage, and faded markings. The biggest shortfall was that only 16 of the 23 parking lots had enough van accessible spaces.

"In fact, 1/3 of the parking lots did not have van accessible spaces present," said Colon.

State officials said they’ve acted quickly to make sure disabled drivers and passengers have just as much access as everyone else.

"Since that audit we have addressed all of the findings, so all 23 of the buildings, the issues and the non-compliance findings that were addressed, have been completed,” said Anna Silva, New Mexico General Services Department. 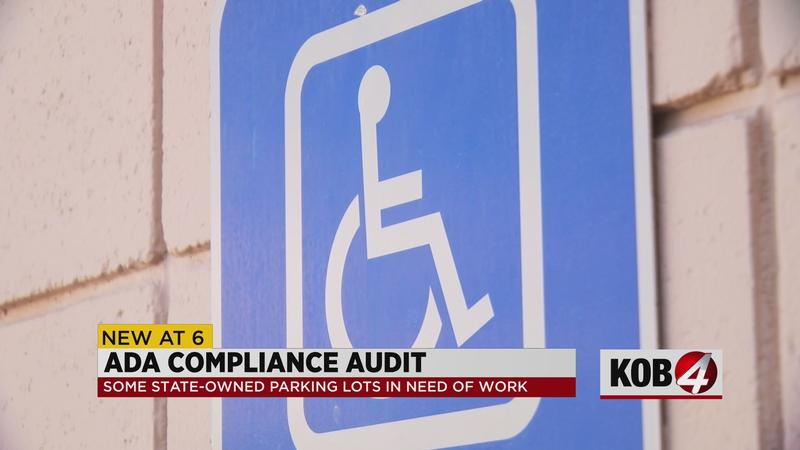