ALBUQUERQUE, N.M. — The New Mexico Office of the State Auditor says the Albuquerque Police Department continues to abuse its overtime.

This audit isn’t the first one – it’s the seventh. There were more allegations of APD officers abusing overtime.

State Auditor Brian Colón has found "a severe breakdown" and "lack of internal control" at the police department, which has resulted in a "damaged organizational culture."

The audit said the city and the police department have repeatedly failed to fix the systems in place.

"Unfortunately, no one took those audits seriously," Colón said. "It wasn’t until this special audit, and frankly, the media put the attention on the issue and the citizens demanded accountability." 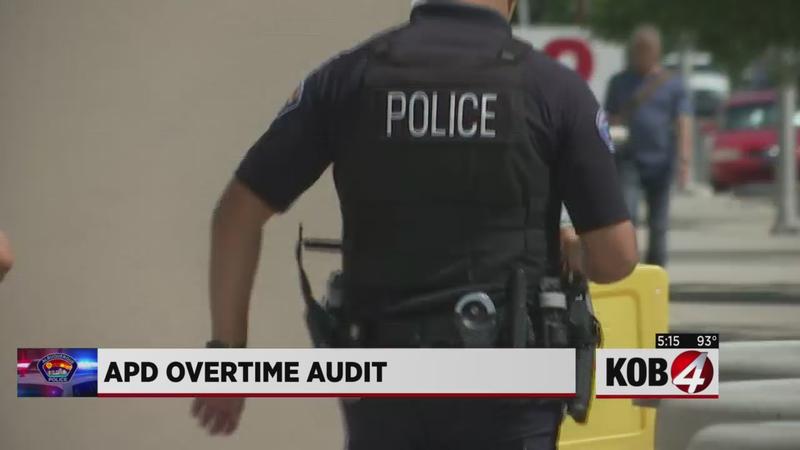 Audit reports like this one have happened since 2014. The auditor’s office said all of the reports had the same issues and none of the issues were ever resolved.

KOB 4 asked the city why the issues were never addressed.

The City of Albuquerque placed the blame on former APD Chief Mike Geier. They said he knowingly covered up overtime and favored employees – and that’s why they removed him.

"One can try and point fingers, direct blame individuals that may have been, at any given position, at any one time, may be a part of the problem," Colón said. "But there is a larger problem here and that is a pervasive and ever-present problem with accountability and ensuring there are methods to protect the people of Albuquerque."

"I don’t think there’s just one person to blame from the past," Medina said. "There’s multiple, because the overtime problems with APD have occured since I can remember coming into this department. There’s a lot of people that could have taken action before they did."

Colón said people in Albuquerque deserve better and it’s long overdue. Now, on top of the previous recommendations, there are two dozen more that need to be addressed.

"We’re optimistic that the current administration is changing the tone at the top, that they will be sitting straight, paying attention, dialing in and addressing these issues," Colón said. "I can ensure you and your viewers that the Office of the State Auditor will be watching."

To address the issues, the auditor’s office recommends that the city negotiate with the police officers’ association to remove the guaranteed overtime and replace it with actual time – which would start right when they leave their own homes.

The office also recommended APD to consider night court for the cases that don’t require a jury – and to utilize video appearances for officers instead.

All of this must be corrected by 2022 – or the audit process will begin again.