RIO RANCHO, N.M. – The New Mexico Corrections Department and New Mexico State Police are asking residents of the Rivers Edge neighborhood in Rio Rancho to stay indoors, secure their homes and vehicles, or, if possible, avoid the area.

On Tuesday, an inmate work crew from the Central New Mexico Correctional Facility’s minimum-security unit was out on assignment near Rivers Edge in Rio Rancho. Correctional staff members were reportedly supervising 12 inmates when inmate Manuel Villalobos walked off assignment after claiming to go to the restroom. Villalobos did not return and was not found in the restroom.

The New Mexico Corrections Department’s Security Threat Intelligence Unit and Fugitive Apprehension teams are coordinating search efforts with New Mexico State Police and Rio Rancho police to find Villalobos. The remaining inmates on the work crew were accounted for and returned to the facility.

Villalobos is currently serving a sentence for breaking and entering, burglary of a vehicle, possession of burglary tools, and tampering with evidence. Villalobos would have been eligible for release in December 2024.

Authorities said to not approach the suspect. Call 911 if you believe you have had contact with the suspect or if you are in danger. 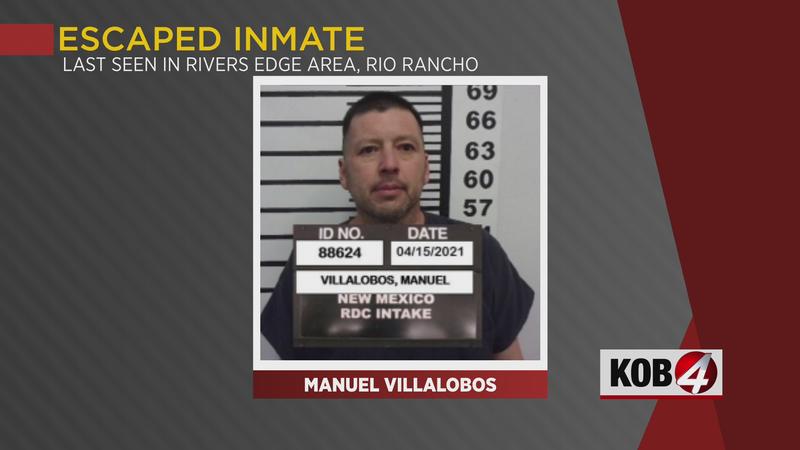 Report suspicious activity or any information on inmate Villalobos’ whereabouts to the Incident Command Center at 505-263-3623.