AZTEC, N.M. – A church in Aztec was vandalized again, but this time there is more confidence that police will be able to track down those responsible.

Members of St. Joseph’s Church in Aztec woke up to the word "evil" written on the side of the building Tuesday morning. This marks the fourth time the church has been vandalized this year. The first incident happened on Sept. 11.

"The first incident from what I was told was throwing rocks at the stained glass windows it didn’t break any windows, it didn’t do any damage,” said James Wurzbach, deacon.

But- the next incident definitely did some damage. Towards the end of September, the St. Joseph statue inside a grotto was burned down. And in October, red paint was splattered outside the church. But, during those incidents, there were no cameras, until now.

The cameras were installed not too long ago. On Monday night, cameras captured one person vandalizing the church, then going to the nearby convenience store. Police are also working to get that surveillance video.

"It’s unsettling to us that a person would do this to a church, but at least they are doing it to a church and not a private individual. We can take care of the church and get that back the way it was. But hopefully, now that we have it on photograph, we will be able to catch the individual and they will be prosecuted,” said Wurzbach.

These incidents have already cost the church hundreds of dollars. If you have any information on this most recent incident, you’re asked to contact Aztec police. 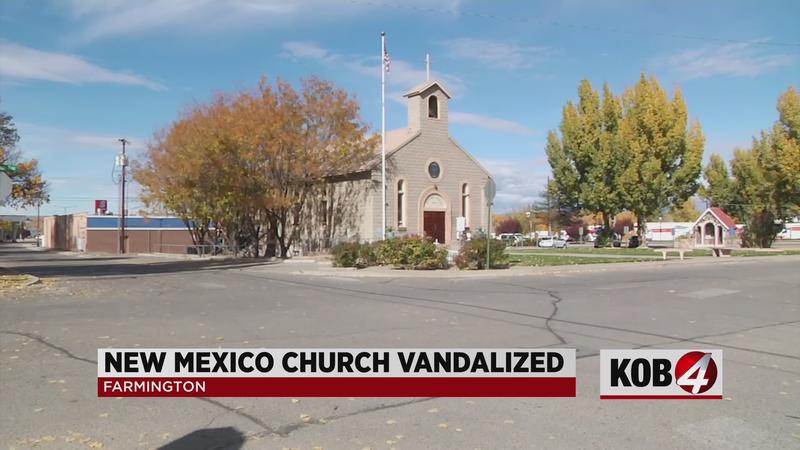