SANTA FE, N.M. – A bill that would expand New Mexico’s safe haven law and allow installations of baby boxes across New Mexico is moving forward at the Roundhouse.

While Española is already installing New Mexico’s first baby box under the state’s current safe haven law, a bill that would change the state law to specifically allow for these baby boxes cleared its final House committee.

“We’re hoping in the next day or two it’ll actually be heard on the House floor,” said state Sen. David Gallegos.

State Rep. Kelly Fajardo and Gallegos – both Republicans – are supporting House Bill 157 that also has support from Democrats.

New Mexico already has a safe haven law on the books – allowing someone to surrender a newborn baby at a fire station police station or hospital. But, the baby has to be handed to a staff member.

“This has a little bit of an issue because you’re not actually handing it to a person, you’re handing the child into a box, which is a safe position for the baby to be in. We’ve talked about the air conditioning, heating, it’s got oxygen, it’s gotten alarm system, multiple alarm systems, it’s got cameras. So they’re doing everything to protect the child but the Safe Haven law needs to be amended to allow for this type of transfer,” said Gallegos.

Supporters say baby boxes create an anonymous option for mothers to safely surrender their newborns. The bill’s sponsors also say it will also provide funding to install baby boxes around the state and to educate the public about them.

Track HB 157 during the legislative session. 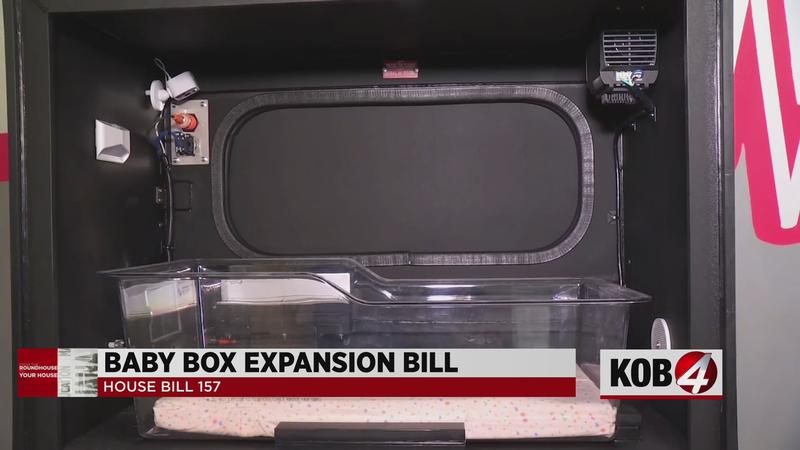