ROSWELL, N.M. – The "Got Shots" campaign put on by local community partners and the state’s Department of Health returned to Roswell as kids head back to the classroom in just a few weeks.

“Got Shots” was previously named “Shots for Tots.” It’s a campaign focused on providing required vaccines to children, like the polio vaccine and the MMR vaccine, as they head back to class.

Jessie Alderete with La Casa Family Health Center in Roswell said her clinic is gearing up for the “Got Shots” back-to-school campaign.

"All of the standard vaccines, like tetanus, measles, mumps, rubella, polio are all available,” said Alderete.

Alderete said the program is such a great way to catch up. 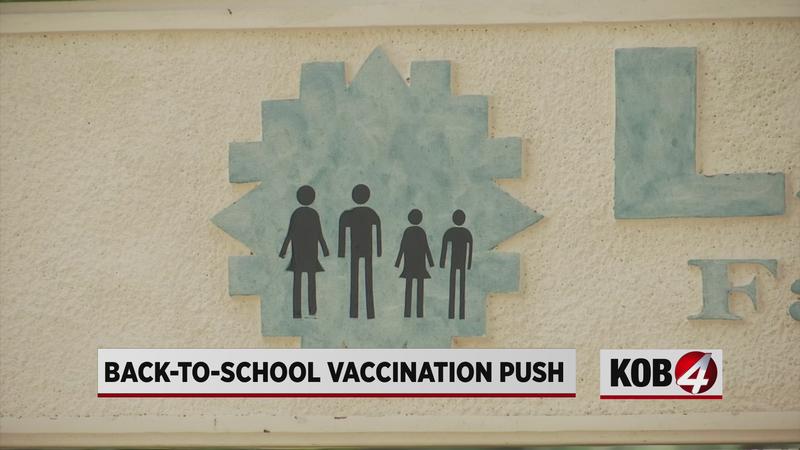 "Because everyone’s kind of been in hiding for the last year and a half, not everyone’s gotten caught up on their vaccines, which puts everybody at a greater risk for some of these illnesses popping up a little bit more," she said.

This year is unique because the program will also be offering the COVID vaccine in addition to other optional vaccines like HPV.

The state’s Department of Health said even if parents don’t want the COVID vaccine for their children, they shouldn’t avoid other ones like the polio vaccine that’s been around since the 1950s.

According to the Centers for Disease Control and Prevention, the U.S. has been polio-free since 1979 because of that vaccine.

Alderete said if anyone has questions about any vaccine, reach out to a health provider instead of getting information from social media.

"Get those taken care of not only for your own children, but for community members who are not able to vaccinate or have compromised immune systems and are depending on us to keep them safe as well," Alderete said.

The La Casa Family Health Clinic has locations all over Roswell and southeast New Mexico, including Clovis and Portales. They are taking walk-ins for the "Got Shots” events that start this weekend.