Backstreet Grill is closed after months of defiance

ALBUQUERQUE, N.M. – For some, the Backstreet Grill has been an icon of defiance and a rallying point for protests against the state. Now, a judge ordered the restaurant’s utilities to be shut off.

Franchini ordered PNM, New Mexico Gas Co. and the Albuquerque Bernalillo Water Authority to immediately cut off all utilities to the Backstreet Grill.

People have been putting flowers in front of the closed restaurant. KOB 4 reached out to the restaurant owners, but hasn’t heard back.

Backstreet Grill initially had their health permit suspended in the spring and then fully revoked due to the management’s failure to follow public health regulations. 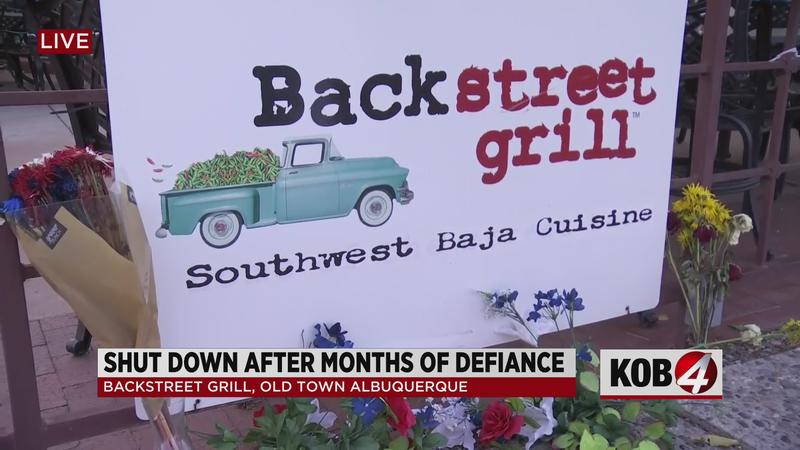