ALBUQUERQUE, N.M. – The ABQ BioPark ape walk has reopened after the exhibit was closed for a week after a bacterial infection outbreak.

A Shigella bacterial infection outbreak caused the death of two apes, including Huerfanita, a 48-year-old female western lowland gorilla. She underwent multiple rounds of treatments before officials determined her complications, combined with her old age, would be too much to overcome.

Last week, the BioPark also mourned the loss of Brian, a 32-year-old siamang that also died due to complications of Shigella.

The BioPark will not have the siamangs on-exhibit for the time being. Some of the apes may not be outside despite the walk reopening.

The zoo recently announced that Shigella had quickly spread among their gorillas, orangutans and siamangs. Kojo, a male gorilla, recently overcame the infection and most of the remaining apes are responding positively to the treatment. However, other primates are under close watch, including 17-year-old male Western lowland gorilla Hasani and female siamang Johore. 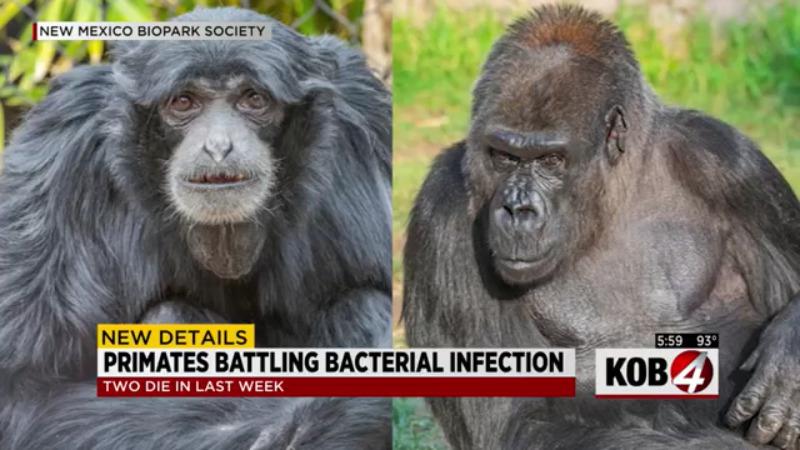 “While we grieve for Huerfanita, we are hopeful that the rest of our apes will fully recover soon,” Stowell said. “They will continue to receive around-the-clock care from our devoted team of veterinarians and animal care professionals.”

Huerfanita was born at the ABQ BioPark in 1973. She was named after the Spanish word for "little orphan" after she was rejected by her mother. Huerfanita moved to the Bronx Zoo in 1978 and gave birth to her first offspring, Jamie, in 1985. Over the years, she had eight babies of her own and took in eight gorilla orphans who were rejected by their mothers like she had been.

She returned to the BioPark in 2006 with her last foster, Jack. She could often be seen clapping, blowing kisses or carrying a stuffed teddy bear. She enjoyed sitting in the window of the gorilla playroom interacting with guests. Huerfanita was a beloved gorilla to BioPark staff and guests.

The median life expectancy of western lowland gorillas is 39 years, which means that Huerfanita lived nine years beyond her expected lifespan.