Dawn Warnack, the owner of Urban Balloons by Dawn, created a costume made entirely out of balloons.

"This takes probably about 250 balloons. It probably takes about three and a half hours to make,” said Warnack.

The costume on its own is about four feet tall and three feet wide. There are red and pink balloons and it has heart-shaped wings. It was a lot of work but Warnack doesn’t burst under pressure.

"When I started balloons, I didn’t realize you could actually build and make something out of balloons — something you could wear, or something that takes up the whole room,” she said. 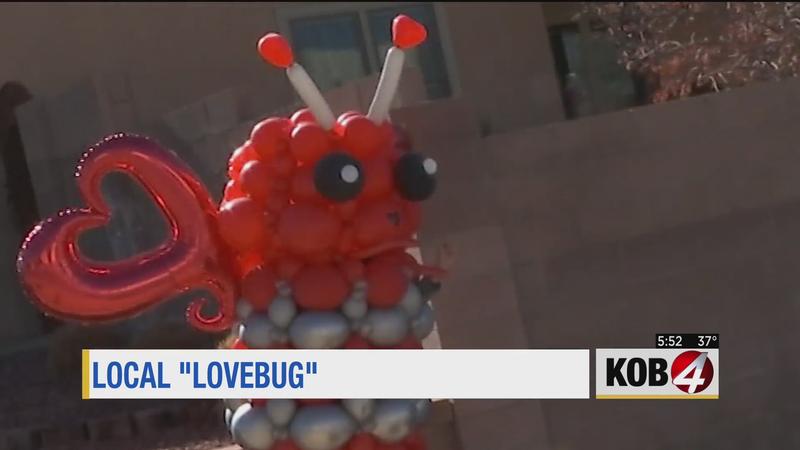 Warnack learned the pattern from a friend and decided it could be an extra touch for balloon deliveries on Valentine’s Day.

"I just think it’s something special. Something different than flowers and candy — nothing wrong with those. Those are wonderful, but this is just something I think that will bring a memory and I think memories are kind of important,” she said.

Warnack charges $25 to deliver other arrangements while wearing the costume, or she can simply show up and throw in a song too.