Family members said he was killed in a drive-by shooting early last Saturday morning, at an apartment near Wyoming and Copper. It was supposed to be a night out with his 18 year-old brother, Nathan, and their co-workers.

"We just got out of work at Bob’s Burgers, and we decided to go to a party,” said Nathan Garcia. “We went to the party and not even ten minutes in it got shot up. Unfortunately my brother was the guardian angel for everybody else at that party."

Albuquerque police officers found Gabe’s body, and several bullet holes in the wall of that apartment.

"I even felt him grabbing me, dunking me, telling me to get down, and I thought he got down with me," said Garcia. 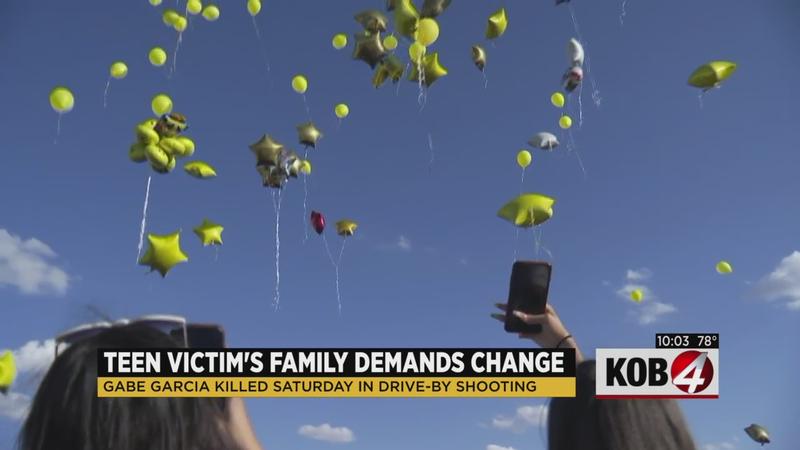 “He was just a positive person, everybody loved him,” said Martinez. "It’s something a teenager should never experience, ever. It was so hard because you can’t help him, you can’t, like there’s nothing we could’ve done for him."

And this isn’t the family’s first experience with this type of loss.

Sept. 7 will mark one year since Nathan and Gabe’s father was killed.

Garcia says the violence has gone too far.

"Innocent bystanders are getting hurt, like sixteen year old boys that are still in high school and haven’t graduated or had a life yet. Gun violence is killing innocent people and this gun violence needs to stop."

Albuquerque police haven’t named any suspects in this case yet.