ALBUQUERQUE, N.M. – New Mexico’s state tree could be in jeopardy. Forest experts say bark beetles are threatening millions of piñon trees, and the ongoing drought conditions are making it worse.

According to the Santa Fe New Mexican, the beetles were behind catastrophic mass die-offs in 2013 and 2002. One report estimates the insects killed roughly 350-million trees in one of those years alone.

Experts say when the trees don’t get enough water, they can’t produce resin that repels pests, and based on drought data, there’s less and less water to go around.

“We’ve been in a multi-year drought, now, things have been dry for a decade. And so the soils are really dry, and the underlying groundwater storage is getting low,” said Andrew Mangham National Weather Service senior service hydrologist.

Experts say New Mexico would need multiple years of decent rain to bring the trees back to full health.

New Mexico state leaders are expected to release a new report in the coming week, which will include data from aerial surveillance of national and state forests. 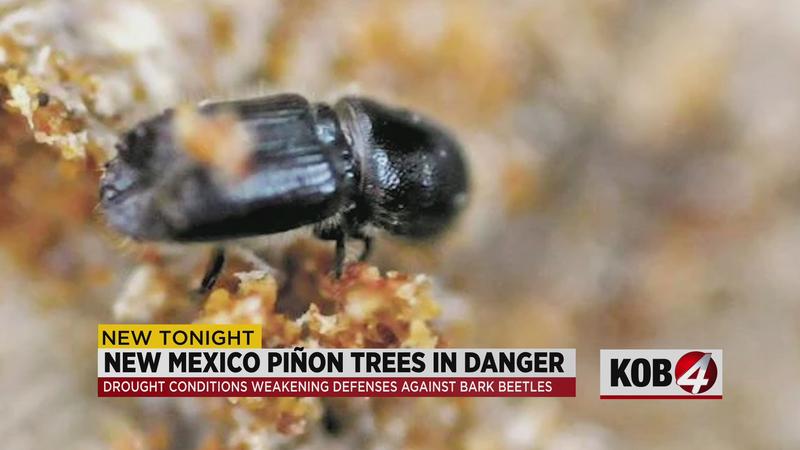