ALBUQUERQUE, N.M. – Three more suspects in the shooting vandalism at Bernalillo County headquarters are behind bars. Deputies with the Bernalillo County Sheriff’s Office said 18-year-old Thomas Acee and an unnamed 17-year-old male were taken in Thursday on warrants unrelated to last month’s shooting.

Acee had a warrant out of California. The other suspect – referred to only as J.L. in the arrest warrant – faced previous charges of shooting from a car in Sandoval County. Deputies said both were connected to the building shooting through multiple anonymous tips.

Deputies also arrested 18-year-old Marcus Rowe Thursday. He reportedly admitted to deputies on Oct. 18 that he was at Alvarado Square the night the shooting happened, but only to pick up a girl. According to the arrest warrant, Rowe also told deputies he did not know anything about the other suspects involved.

Rowe made his first appearance before a judge Friday afternoon. He faces charges for criminal damage to property and shooting at a dwelling or occupied building.

The State of New Mexico filed a motion for pretrial detention in his case, saying, in part: “The defendant was in the driver seat of the vehicle he was in when his front passenger shot out the windows of a county building from in the car. After the damage was done, the defendant drove away, with the shooter, from the scene of the incident.”

The state added that due to the nature and seriousness of the crime committed, “there are no conditions of release that will keep the community safe.”

A judge did not address Rowe’s conditions of release Friday, and said he will remain in custody until his hearing next week in district court. A decision on whether or not he will be released will be made within 10 days.

Acee and the 17-year-old suspect are also currently in custody. 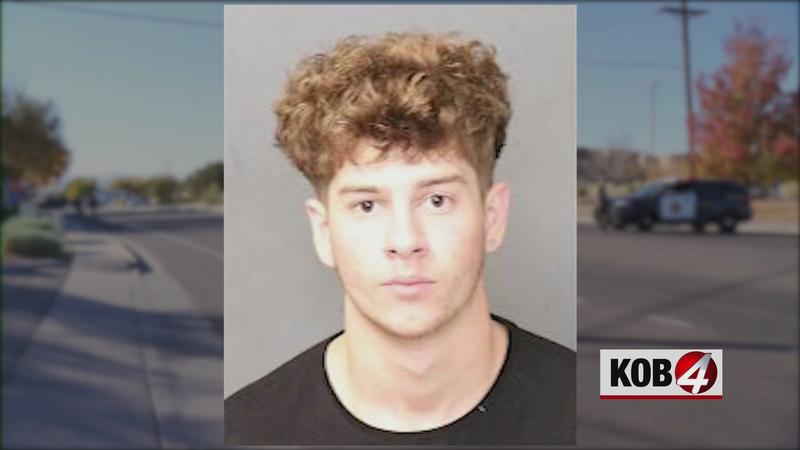