ALBUQUERQUE, N.M. – A revolving door in Albuquerque’s judicial system has criminals in custody one minute and out the next.

Officials with the Bernalillo County Sheriff’s Office said they have a prime example of that – deputies arrested a man over the weekend that had six arrests in just three months.

30-year-old Morgan Fuller was taken into custody by BCSO Saturday, accused of taking electrical breakers from West Side homes currently under construction.

According to documents, he told deputies he owned both homes, which wasn’t the case. But deputies said this is far from his first encounter with police because Fuller has been arrested six times since June 2021.

Two of the cases were misdemeanors prosecuted by the arresting officer. However, both cases were dismissed after the officer failed to appear and because there was further investigation needed.

Two felony cases were dismissed by the DA’s office due to insufficient information in both criminal complaints. Two pending felony cases are moving forward and both charges have preliminary hearings in October.

BCSO sent a statement with the most recent arrest:

"This is a prime example of how continuing to release repeat offenders will only victimize our citizens over and over again. It’s no wonder why crime in Albuquerque is out of control."

Deputies said Fuller has a criminal history in Washington, Nevada and New Mexico with a total of 27 arrests. 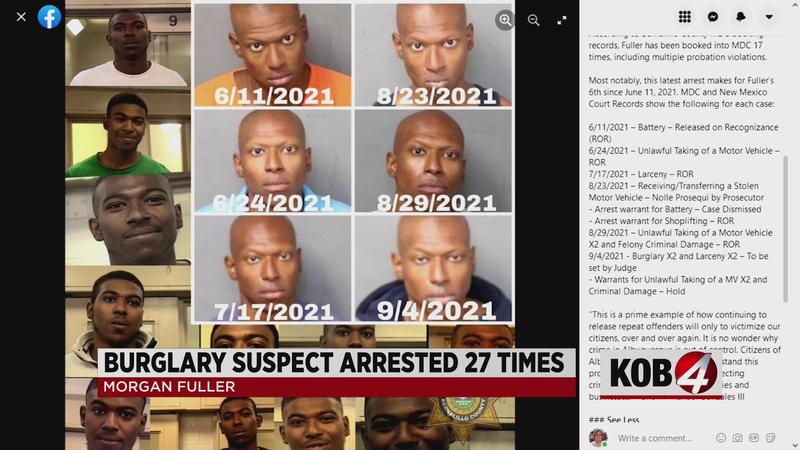