ALBUQUERQUE, N.M. – The Bernalillo County Sheriff’s Office released details regarding a Tuesday night shooting where a man was shot by a deputy in northwest Albuquerque.

Deputies were dispatched to Las Mananitas apartment complex at 6200 Montano Plaza Dr. NW after a call came in at around 8:15 p.m. The call was about a domestic violence incident earlier in the evening at the Allsup’s on Coors and Blake SW.

Deputies showed up to the apartment complex at around 9 p.m. and made contact with the victim. However, as they were talking, the suspect arrived at the scene.

The suspect was pronounced dead at the scene. 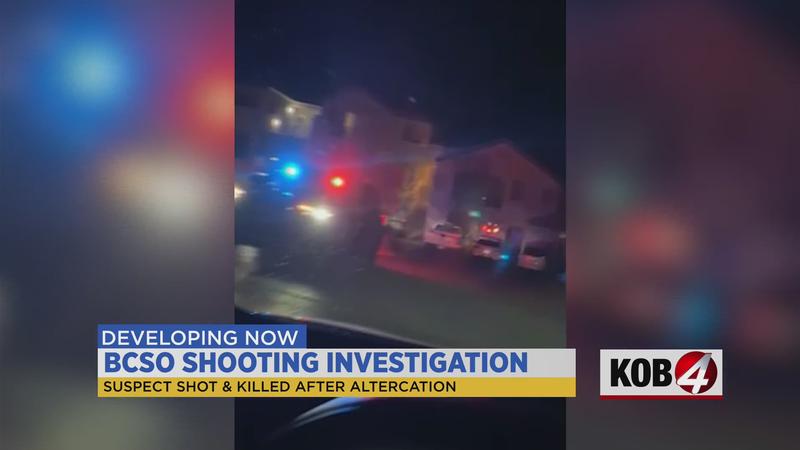 The investigation is ongoing by the Bernalillo County Sheriff’s Office.