ALBUQUERQUE, N.M. – The Bernalillo County Sheriff’s Office identified an 85-year-old man as the body discovered by falconers on Friday.

Jose Abeyta was reported missing by the Albuquerque Police Department. Officials say he was last seen Jan. 10 near the 1000th block of Central.

BCSO said on Feb. 18 deputies responded to 114th St. and Central Ave. in reference to a decaying body.

At this time, authorities say Abeyta’s death is not being investigated as a homicide. 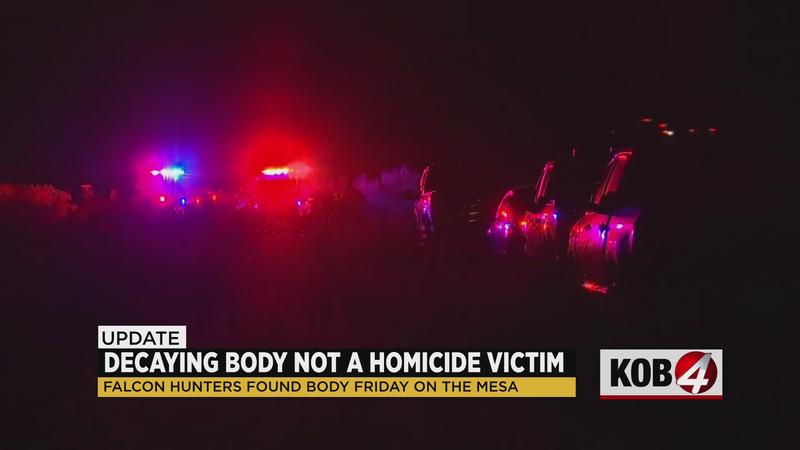